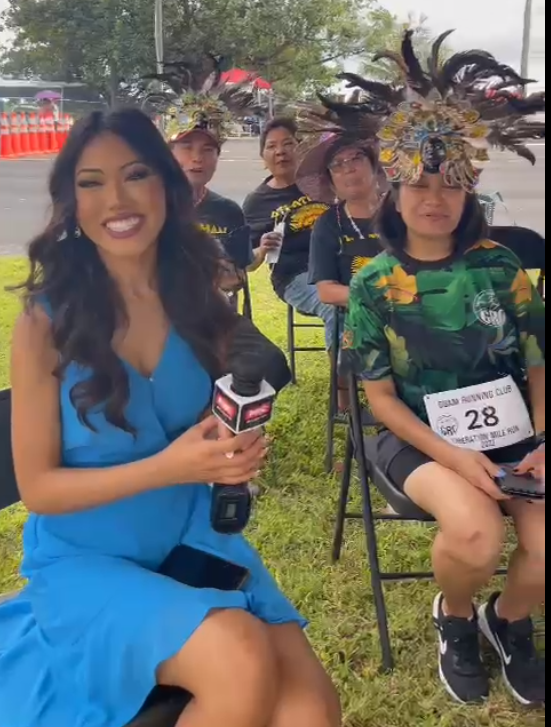 Attendees of today’s liberation day celebration shared their thoughts on what today symbolizes.

Tents filled with family and friends lined the streets of Hagåtña as the smell of barbeque wafted through the air, accompanied by the sound of island music– this was the scene at today’s liberation celebration.

As PNC took to the streets, the presence of laughter and togetherness was the common thread to bond Guam’s community after two years of being unable to commemorate this day in person, only embodying this year’s theme, “the strength to overcome, the faith to persevere.”

As today holds a special place in the hearts of many, we spoke to event attendees, who shared what this day means to them.

Daniel Quinata a member of the community said, “It’s special to me because my grandpa was actually one of the ones who built the Tiyan airfield when he was actually forced into labor… what it means to me is celebrating our culture, our liberation from the Japanese occupation.”

Robery Caroll another member of the community said, “What happened in world war II… it just takes my breath away to even talk about it–throwing people in caves and then throwing grenades in there, executing them and murdering them, so to speak–you hear those crimes and 75-80 years later, we’re still honoring the people that were sacrificed ahead of us, and it’s up to us to not forget them.”

In addition to paying homage to the solemnity of liberation day, we got to hear how people planned to spend the day.

Larence Araullo said, “What not a day to just have fun, chill on the side of the road, ride on the road… have fun!”

Joe Villagomez “Throughout my 21-year career of being in the guard– of course, I always had to march and all that, which was an honor to—being a guard’s member, but now I get to be on the sidelines and cheer on the service members.”

Though it began to rain in true liberation fashion, it was evident that the celebration would continue, rain or shine.