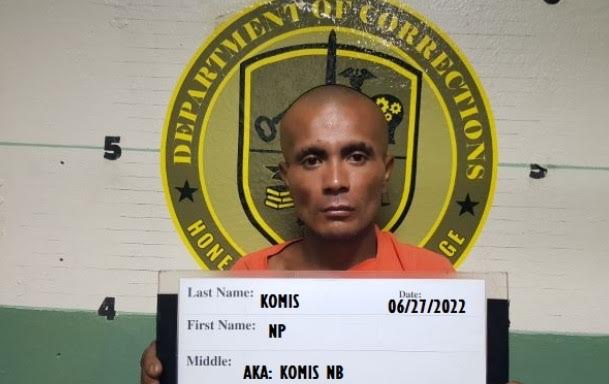 On crime, a woman called the police simply to complain about a man stealing her toolbox. Shortly after pursuing and arresting the man, police found methamphetamine on his person.

LP Komis has been arrested for criminal trespass as a petty misdemeanor, theft of property as a misdemeanor, and possession of a schedule ii controlled substance as a 3rd degree felony.

According to the Official Magistrate’s Report, a woman called the police two days ago, June 27th, for theft of property complaint.

The victim told officers that she saw Komis approach her house and warned him that she would call the police.

Court documents state that Komis then walked to the back of the victim’s residence.

The victim told Komis to leave and threatened to call the police. She observed Komis carrying her toolbox — with assorted tools valued at around $200 dollars. He then left the residence.

When police arrived at the scene, the victim told police that Komis was last seen entering another apartment building.

As officers were conducting their check, someone yelled, “He’s in here!” and “He’s running!”

Komis was then seen jumping out of the balcony of another residence.

According to the report, GPD lost sight of the defendant but later found him shirtless in a tree in the jungle nearby.

Prior to his arrest, Komis asked police if he could go home if he returned the toolbox.

Komis was later interviewed and admitted to taking the toolbox. When police searched Komis after his arrest, they found a clear, glass pipe with a burnt bulbous end. The pipe contained residue of a white, crystalline substance — which a field test later concluded was methamphetamine.

This case has been closed and forwarded to the Attorney General’s Office for prosecution.