A compromise has been reached over the issue of double pay for frontline GovGuam employees who have been fighting the spread of the coronavirus.

Working with the legislature and the union which had threatened legal action, the governor announced Monday afternoon the introduction of legislation that will provide frontliners with additional compensation in the form of leave time which they can cash out. 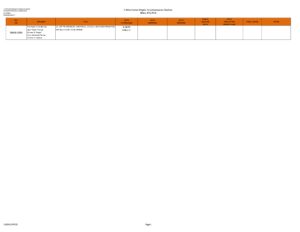 The proposal has been dubbed the COVID-19 Hero Act. Bill 359-35 provides compensation in the form of additional leave compensation for classified GovGuam employees who were required to physically report to work between March 20 and May 10.

“Under the COVID-19 Hero Act, any classified employee who worked during the emergency period of March 20th to May 10th, 2020 will be entitled to one hour of additional annual leave — for every hour worked — not to exceed 240 hours of annual leave. 120 of those hours can be cashed out at the request of the employee by or before October 1, 2020,” the governor said.

The bill was hammered out over the weekend following Attorney General Leevin Camacho’s opinion last Thursday which pointed out the severe inequities in existing law which allow double pay for some GovGuam employee not on the frontlines but exclude nurses and others working face-to-face with COVID-19 patients.

It was that disparity which prompted the union that represents some of the nurses to threaten legal action over the double pay issue.

Robert Koss, field representative of the Guam Federation of Teachers, said: “I think this piece of legislation is particularly attractive because it grants the employees annual leave for every hour they worked or they get their double pay. It also gives them an opportunity to convert the portion of that to cash. And that’s a really nice part of this piece of legislation.”

The bill was introduced by Speaker Tina Muna Barnes and co-sponsored by senators Pedo Terlaje and Clynt Ridgell (both Democrats) and Republican senators Mary Torres and William Castro.

“GFT. I want to thank Mr. Koss. I don’t know if any of you knew but we worked really hard over the weekend to see if we could think outside the box to see how we could get creative and see how we could pay our frontliners and I said this is a bill that can work,” Speaker Barnes said.

The governor added: “I am glad that the legislature, GFT, and our administration could come together — not to lay blame — but to solve problems.”