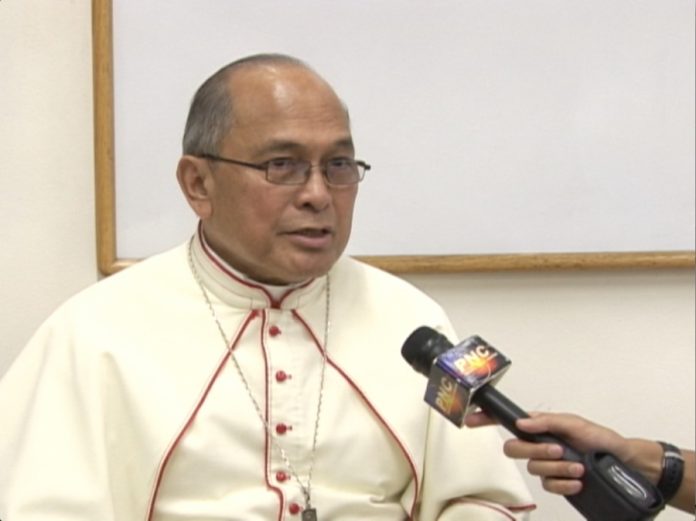 Guam – The Concerned Catholics of Guam is demanding a public apology and for Archbishop Anthony Apuron to rescind a general decree that orders catholics to dissociate from the group. The general decree goes into effect today.

On behalf of the CCOG, Tim Rohr, a local catholic blogger, sent a letter to Pope Francis, pointing out the discrepancies in a general decree issued by Archbishop Apuron while also demanding that the decree be rescinded.

The decree was issued a day before Archbishop Apuron’s administrative authority was removed by Pope Francis, who appointed Archbishop Savio Hon Tai Fai to take over as apostolic administrator.

The decree orders catholics to dissociate from CCOG, which the decree declares is a prohibited society that spreads malicious and fraudulent allegations. Rohr was on Mornings with Patti on Newstalk K57 this morning to talk about this decree.

“We have this Archbishop Hon asking for unity and prayers and basically having love and holding hands but we have a decree that is leveled against every catholic in this diocese, not just the CCOG. So for him to actually wait this long to address it,” notes Rohr.

“I’m letting the pope know what our current demands are and that is for the apostolic administrator, number one, to publicly rescind the decree and number two, for Apuron and [Chancellor Father Adrian] Cristobal to publicly apologize to the catholics of Guam,” says Rohr.

Although the decree does not spell out what the consequences are for those who don’t follow the general decree, Rohr says it could become a problem for Guam’s catholic faithful.

“You do set yourself up under this delict, which actually makes you vulnerable to some official decision of the church to limit your access to the sacraments … confession and, it’s not a full ex-communications, but it could be. It could lead to that. You would actually be, if they actually officially did it, even if you took communion, you’d be committing a mortal,” explains Rohr.

PNC requested for an interview with Archbishop Hon but his assistant, Father Ted Novak, told PNC “At this point, Archbishop Savio Hon Tai Tai has decided not to grant media interviews until he has had time to consult with the many various members of the clergy, religious and dedicated lay faithful of the archdiocese. Archbishop Hon appreciates the work of the media and thanks them for their cooperation. He will address the media in due time.”

You can read Rohr’s letter by clicking on the file below.