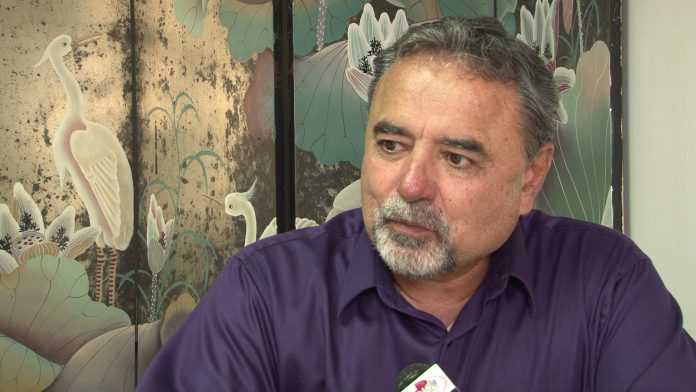 The Concerned Catholics of Guam has sent the Archdiocese of Agana two separate letters but has not yet received a response.

Guam – The Concerned Catholics of Guam organization is challenging Archbishop Anthony Apuron to sign over ownership of the Redemptoris Mater Seminary back to the Archdiocese of Agana. But local Catholic observer Tim Rohr suspects the Archbishop will not be able to, not because he doesn’t want to but because, as Rohr explains, he doesn’t have the power to.

The letter was dated January 14. In it, the Concerned Catholics of Guam urges Archbishop Anthony Apuron to quitclaim the Redemptoris Mater Seminary. This real estate transaction would essentially transfer full ownership of the property over to the Archdiocese of Agana. There is much controversy over this property valued at $40 million. Local Catholic blogger Tim Rohr shares with us his observations.

“Well the question is if he’s really in control of both then why deed it over in the first place. Well we know why he did that. He did that because he was told to do that. So basically the CCOG is calling his bluff and simply saying, ‘Well, okay, if you really are in control of both corporations then what reason would you have to deed it in the first place?'” says Rohr.

In fact, Rohr believes the Archbishop will not only refuse to sign a quitclaim deed, he won’t be able to. He says this is because, based on the way the documents are written, “on paper the archbishop only controls 25 percent of the Redemptoris Mater Seminary,” he points out.

Rohr sought the assistance of legal experts on the matter and was told that after reading through all the documents, they are of the opinion that essentially, the property is gone.

“In their opinion it’s gone because it uses the word assign. When you assign a property, it’s gone.

“But the archdiocese is claiming that they still have control over it and at any point if they wanted to they can always reassign it,” PNC asked.

“Yeah, so they’re lying,” Rohr said. “They’re lying because I just simply challenge anybody to go to my website and just look up the articles of incorporation for the Redemptoris Mater Seminary and look at who actually controls it. The board of guarantors controls it. They can lie all they want about it but it says right there that board of guarantors has full veto and approval power over all the major decisions of the seminary.”

The Concerned Catholics has not yet received a response from the Archdiocese.

They also sent a second letter yesterday ahead of the Annual Archdiocesan Appeal, which is when the Church appeals to its supporters for more funding.

This second letter asks the Archbishop several questions pertaining to the purpose of the Annual Appeal.

The organization also emphasizes that its letters are written on behalf of some 4,000 concerned Catholics who have signed petitions supporting CCOG’s objectives.