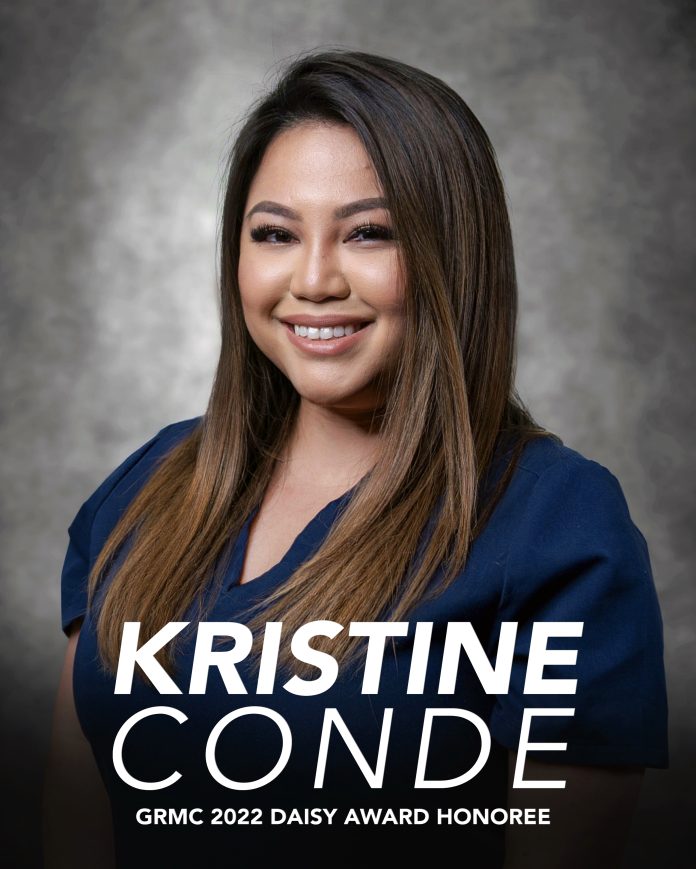 KC Conde, a registered nurse at GRMC, is this year’s DAISY award recipient.

For the second year in a row, the Guam Regional Medical City participated in the DAISY awards, a national program founded by the family of the late Patrick Barnes, which aims to honor extraordinary nurses.

The San Jose State University graduate has been a registered nurse for over six years, initially working in GRMC’s emergency department, and is now an ICU manager.

During her time at GRMC, a common sentiment shared among KC’s peers, family, and patients is her dedication to providing compassionate and quality care to those entrusted to her– and for her unwavering service, KC received six nominations from those previously mentioned.

Regarding KC’s willingness to share her knowledge, one of her nurse colleagues, Carmella Franquez, stated, “She genuinely loves what she does, and it shows through her enthusiasm to educate others in a way that makes them feel accomplished.”

The DAISY Award honoree received a framed certificate, a signature lapel pin, and a hand-carved stone sculpture entitled “A Healer’s Touch.” Additionally, the honoree’s unit or department received Cinnabon cinnamon rolls, which are special to the Barnes family.