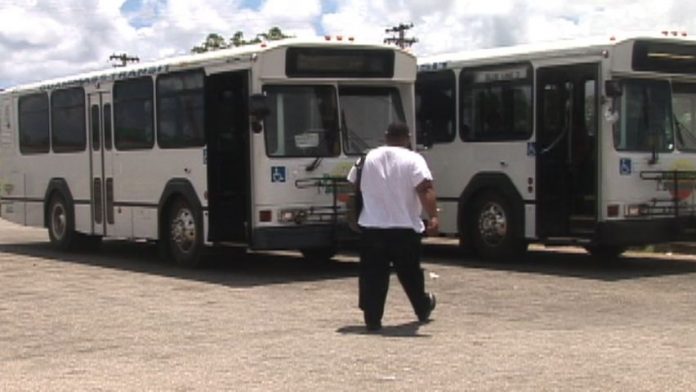 Guam – Much confusion over the new mass transit schedule that’s set to take effect tomorrow morning. Some transit riders have not been informed and are still confused about the schedule. And some senators say they weren’t made aware that a new schedule was going to be implemented.

While a new Guam Regional Transit Authority schedule proposes to offer more options to mass transit customers, little has been done to inform the public of the changes in the schedule that’s set to take effect tomorrow morning. Senator Aline Yamashita, who heads the Transit Community Advisory Council, tells PNC, she wasn’t aware of the new schedule.

“If they’ve made an announcement that October 8, something’s happening then perhaps they are moving forward. I’m just not aware of their plans,” explains Yamashita.

In fact, she points out, the last she met with GRTA officials, she had recommended that GRTA hold off on implementing the new pilot schedule until a multi-year service contract could be developed. Right now, she notes, GRTA is operating under a month-to-month contract. A multiyear contract would address issues that could save the government more money.

“I’m waiting very patiently to see the multi-year service contract be addressed. And honestly, Janela, that for me is gonna hammer out the standards of service. For example you should have a ride every 15 minutes,” she points out. “There’s no way that someone should have to call 3 days in advance.”

Under the new schedule, all riders would still have to call 2-3 days in advance to schedule a pickup. Senator Yamashita says another reason she recommended postponing the pilot schedule was because of funding.

Transportation oversight chairman Senator Mike San Nicolas also tells PNC that he was not aware of any schedule changes. In fact, he says, since the task force was formed, he’s been kept out of the loop.

PNC left messages for GRTA Executive Manager Rick Agustin, but did not get a response as of news time.

READ THE NOTICE OF SCHEDULE CHANGES FROM GRTA BELOW.