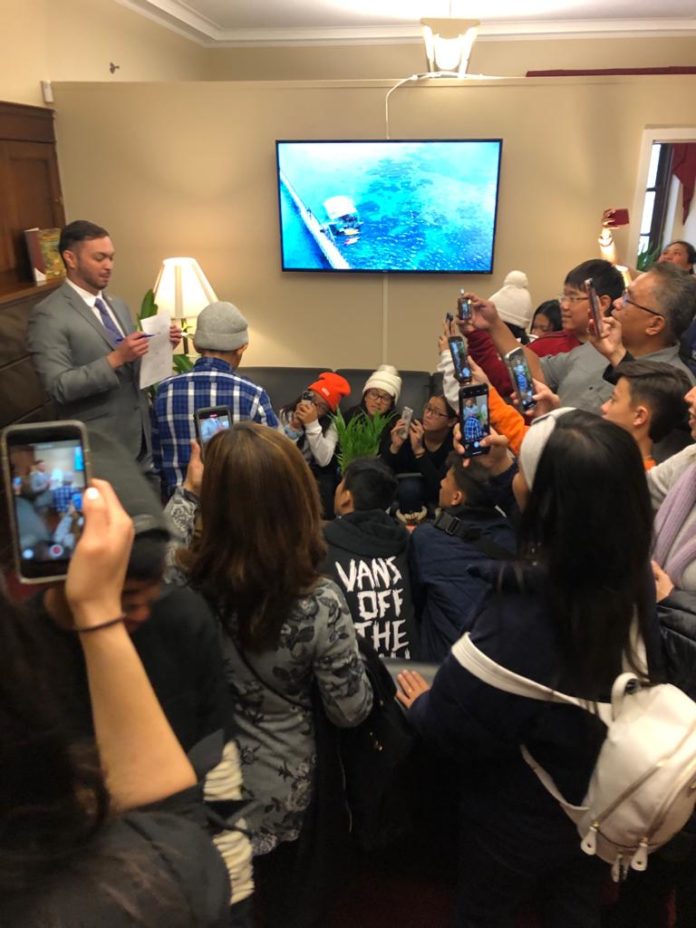 Within the Capitol of the United States is Statuary Hall, the original floor of the House of Representatives that now houses and displays statues of historic figures chosen, commissioned, and dedicated by each of the 50 States.

The five U.S. territories of Puerto Rico, the Virgin Islands, American Samoa, the CNMI and Guam however are not represented among the historic figures in Statuary Hall.

To address that oversight, Guam delegate Michael San Nicolas has introduced a measure to authorize territories to dedicate their respective statues in Statuary Hall.

“Territories have our heroes too,” said the congressman to a group of over 40 visiting Guam students and staff from St. Anthony Catholic School.

“The peoples of Territories are as American as any of the 50 States,” he said.

“As we endeavor for greater equality in the land where ‘All are created Equal’ the Congress must be compelled to recognize Territorial heroes symbolically as we seek to do so for the peoples of Territories legislatively,” added San Nicolas.

“With this bill we will literally set the stage for Territories on equal symbolic footing with States within the U.S. Capitol, and it is only fitting,” Congressman San Nicolas concludes.

After escorting the St. Anthony students on their private tour of the U.S. Capitol, Congressman San Nicolas told the students, “Today you witness the signing of this Bill, and we look forward to your return to see Guam’s statue among the heroes of Statuary Hall.”