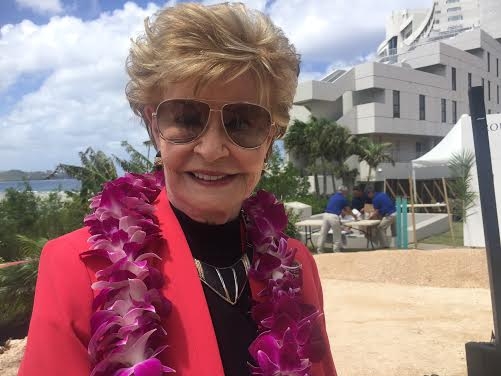 Guam now gets less than $17-million a year in Compact aid.

Guam – Congresswoman Madeleine Bordallo pressed the Obama Administration again on inadequate Compact Impact aid Guam and the other US islands receive. However, the answer continues to be the same: Congress must change the funding formula.

Bordallo was pointed in addressing Assistant Secretary for Insular Affairs Esther Kia’aina: ‘It’s not enough and never has been’ for Compact Impact Assistance—

“With budget constraints, mandatory funding for Compact Impact is only a fraction, approximately one-fifth of what GAO estimates the jurisdictions need for providing social services to COFA migrants,” said Bordallo.

Guam now gets less than $17-million a year in Compact aid.

But Kia’aina says when it comes to funding the key program, her hands are “tied”.

“There are only two funding streams that the Office of Insular Affairs (has) for Compact Impact aid…one is a mandatory stream of $30-million dollars, and the other is a $3-million dollar stream for discretionary funds. The mandatory mechanism is probably the most logical logical mechanism to secure significant funding. But, as you know, it’s very difficult…it would require a statutory lifting of the cap, a budgetary offset,” said Kia’aina.

Kia’aina says OIA has set-up Micronesian ‘One-Stop Service Centers’ in Guam and Hawaii, and the White House has set-up an Interagency Working Group on Compact Aid but Congressional action is needed.

The Senate Energy Committee is expected to hold it’s own hearing on the issue soon and Kia’aina says that could be a chance for all involved to ‘flesh out’ proposals to deal with what Congress’s investigative arm now says is a $155-million dollar-a-year shortage.

Bordallo meantime, also pressed the administration on it’s efforts, stalled since 2011, to renew the Palau Compact, stymied by failure of Congress and the Administration to agree on a funding offset. Kia’aina says the U.S. still owes Palau $149-million, and the Administration has now submitted it’s plan to renew the Compact, and help limit out migration to Guam, the CNMI and Hawaii. But Kia’aina suggested, officials have not yet identified a specific cost offset.