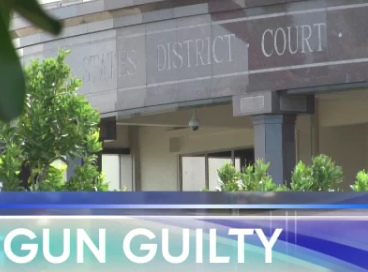 A convicted felon who was caught with a firearm has accepted responsibility, pleading guilty to federal charges.

While it is a constitutional right to bear arms, convicted felons are no longer allowed to do so and if caught they could end up right back in jail.

Convicted felon Chris Perez Calica Jr. is facing up to 10 years incarceration, charged with one count of felon in possession of a firearm.

According to the facts of the case, Calica was discovered with a Smith and Wesson .38 caliber revolver — a gun that had been shipped and transferred interstate and through foreign commerce. Calica agreed to these facts and entered a guilty plea before District Court Judge Michael Bordallo.

A sentencing hearing has been set for November 12th at 1:30 in the afternoon.