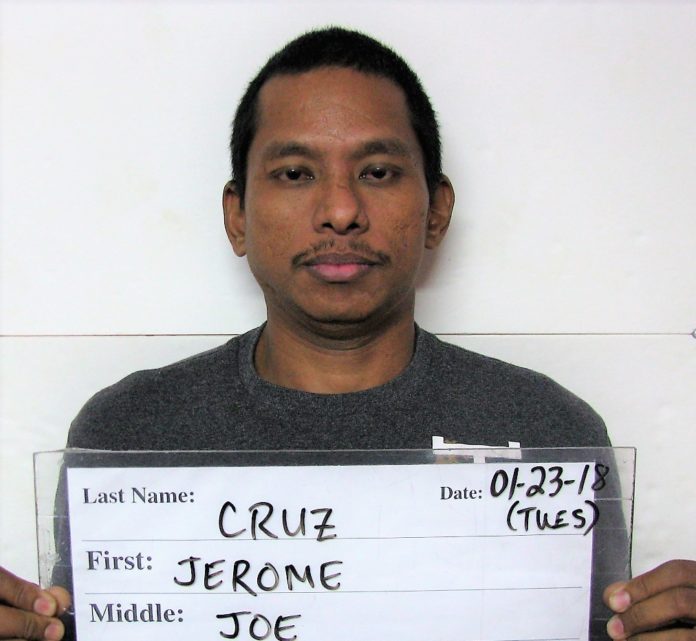 Guam – A convicted sex offender is back in jail on similar charges after police say he sexually assaulted a minor boy again.

Jerome Joe Cruz is accused of sexually assaulting a 13-year-old boy for 30 minutes.

Court documents state that the victim awoke to Cruz groping his genitals but out of fear he continued to pretend he was sleeping. The victim told police that Cruz used the boy’s hand to grope him as well. It wasn’t until Cruz fell asleep that the minor boy was able to leave the room.

According to court documents the incident occurred sometime in November or December of last year but the victim was too afraid to report the assault.

Cruz is a registered sex offender convicted of third degree criminal sexual conduct against a male minor. He is also on parole for theft of property.

In this recent case he is being charged with two counts of second degree criminal sexual conduct. He was booked and confined.