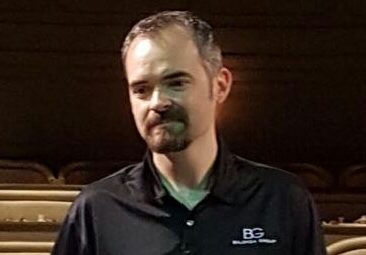 Guam – It’s the second time convicted sex offender Adam Messier’s case has come before the Supreme Court and while the court has ruled that he will receive a new trial, Messier may never actually have his day in court.

How do you proceed in a case against a defendant who has disappeared? This is the question raised as the Supreme Court of Guam has just ruled that convicted sex offender Adam James Messier will receive a new trial.

It was nearly one year ago that friends and family told police they last saw Messier at his Horizon Condo unit in Upper Tumon. No one could provide a description of what he was wearing or where he may have gone. He just vanished.

Even his attorney James Maher has not heard a word from him since he went missing. “I just assume that if he is every found we will proceed to trial. I have not made contact with him and some people speculate that he may have committed suicide. I wouldn’t be surprised. If he shows up I am confident that he will be exonerated,” said Maher.

Messier was convicted of sexually assaulting a female minor in 2012. He then took his case to the Supreme Court in 2014 in hopes of overturning his conviction and receiving a new trial. But the outcome from his first appeal was not in his favor as the Supreme Court entered a final judgment convicting him of second degree criminal sexual conduct, fourth degree criminal sexual conduct and child abuse.

He was given a five year sentence but it was suspended as Messier once again challenged the ruling. On appeal, it was argued that the prosecutor made numerous statements in violation of Messier’s fifth amendment right against self incrimination. The Supreme Court ruled in his favor reversing his conviction, granting Messier a new trial.

This case is unusual because while Messier has been missing for about a year, Guam law only allows for a presumptive declaration of death to be made for persons missing at sea. Therefore the criminal case against Messier will remain open until he is found.

However the probability of his discovery is unlikely as the Guam Police Department has not received any new information regarding his whereabouts since he went missing last September.

At the courts, it appears that Messier’s case could be treated as a person that has absconded. Maher stated that a warrant for Messier’s arrest was previously issued by Superior Court Judge Arthur Barcinas with the understanding that it may not be served or returned and that Judge Barcinas would monitor the case as not much can be done at this point.