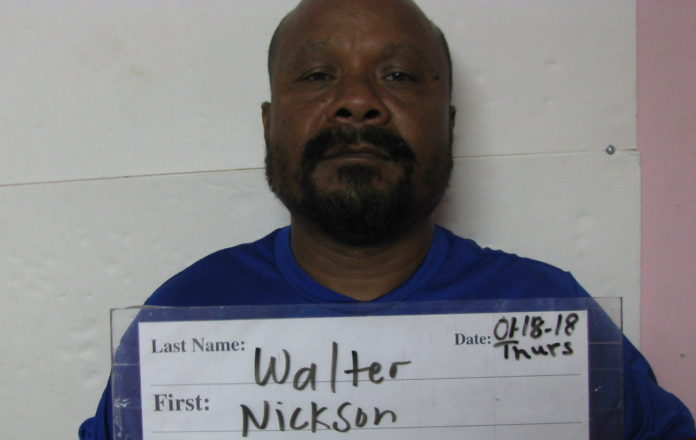 Guam – A convicted sex offender is back behind bars after he allegedly raped a pregnant woman using a cucumber.

According to court documents, in the first incident Walter is accused of engaging in an argument with a pregnant woman who is six months along, slapping her in the face and then pushing her to the ground.

The following evening, the victim awoke to Walter demanding sex, court documents state. Out of fear that she would be physically abused, the expectant mother did not resist. The victim told police that as Walter was having sexual intercourse with her, he retrieved a cucumber and violated her body. The heinous act reportedly caused the victim pain.

Despite her pleads for him to stop, Walter allegedly refused and continued to use the cucumber. The pregnant mother told police that she feared Walter would injure her unborn child.

This is not the first time Walter has been accused of criminal sexual conduct. In fact he is listed on the Guam Sex Offender Registry as a level three sex offender.

Court documents state that in 2013, he was charged with kidnapping, arson, family violence and unlawful restraint. In 2014, he pleaded guilty to one count of unlawful restraint as a misdemeanor, while the other charges against him were dismissed.