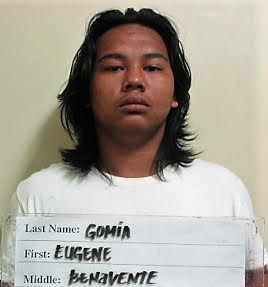 Eugene Gomia was between 13 to 14 when the crimes were allegedly committed, but authorities waited until he was 19 to charge him as an adult.

Guam – After being incarcerated for the last two years, a man convicted of criminal sexual conduct has won his appeal in the Supreme Court of Guam which reversed and vacated his sentence.

It’s a case with a unique set of facts.  Eugene Gomia was alleged to have committed the crime when he was around 13 or14 years old. According to court documents, there are two victims.  Both were under the age of 14 at the time of the incident.

While Gomia was not tried in juvenile court, he was indicted by a Superior Court grand jury at the age of 19 on two counts of second degree criminal sexual conduct.

Gomia pleaded no contest and reserved his right to appeal. He was sentenced to five years behind bars in 2015 But because the crimes were allegedly committed when he was a minor, his appeal addressed whether or not Gomia may be sentenced as an adult or whether Gomia must be sentenced in accordance with the Family Court Act guidelines.

Gomia argued that his sentence was a violation of his fifth amendment right to due process and constituted a retroactive application of law. Court documents, further state that the only circumstance in which a child under the age of 16 can be tried as an adult is for a homicide offense, which Gomia did not commit.

As a result, the Supreme Court decided today that the trial court did not have proper jurisdiction over the charged offenses against Gomia. His conviction was reversed and judgment vacated.