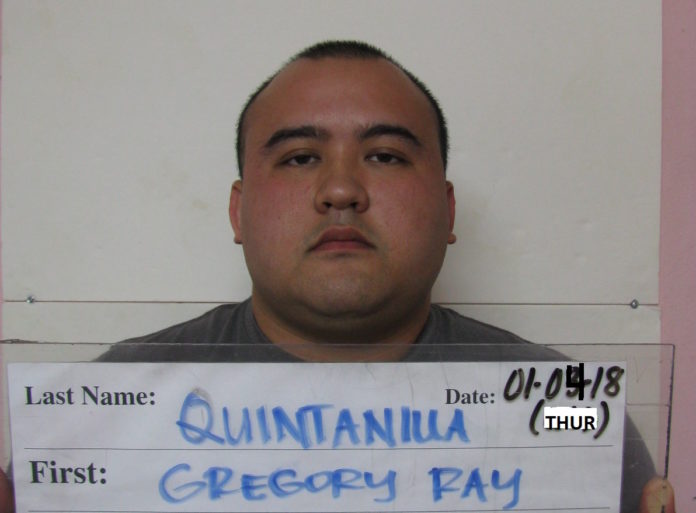 Guam – A grand jury indictment has been handed down on the police officer who was arrested on child pornography charges.

Court documents state Quintanilla received and forwarded a known child pornographic video on October 1st through Facebook. Police allege they were able to confirm that the Facebook account belonged to Officer Quintanilla and that the video depicted a minor under the age of 14 engaging in sexual activities in the presence of other children.

Quintanilla has been a police officer for nearly four years and following his arrest he was placed on 20-days paid administrative leave.