Guam – The Copper wire theft case has lead to the arrest of two women on child abuse charges.

The women were arrested at separate Dededo homes last Friday while police were in the processes of arresting the 4 suspects for stealing copper wire.

Guam Police Spokesman A.J. Balajadia says that when the officers went to make their arrests they found conditions inside the homes that were unsuitable for children.

As a result, 9 children have been taken into the care of Child Protective Services. 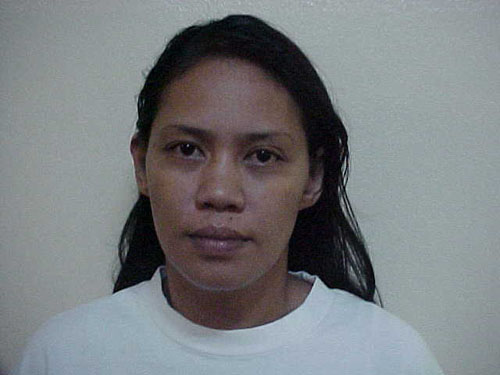 READ the release from Officer Balajadia in FULL below:

Harmon, After a rash of thefts and burglaries that have plagued our island from September 2012 through January 2013, a collaborative investigation involving Detectives from the Criminal Investigation Division and Patrolman from the Dededo and Tumon Precinct’s, has yielded the apprehension four men, who they believe were responsible for the thefts of copper wires from the various businesses and schools.

Search warrants were served Friday, January 11, 2013 at three residences in Dededo that resulted with the seizing of tools police believe were used in the commission of these crimes and also made arrests on the men they believe are responsible for the thefts. They are;

1.  ERIC TERRANCE FAISAO, m/Cham/20/Dededo, for 5 counts Burglary, 8 counts Crimes Against the Community, and 5 counts Theft of Property.  Booked and confined

3.  FREDDY CUEVAS SUSUICO, m/Cham/36/Dededo, for Burglary, Theft of Property and Crimes Against the Community. Booked and confined

During a search at one of the residences, police found that there were several children living in the home and found that it was unsafe and unsanitary for the children to live in and called for the assistance of the Child Protective Services. As a result, CPS took custody of the children and police arrested;

6.  MAGGIE DEE FAISAO, f/Cham/32/Dededo, for Child Abuse and Theft by Receiving. Booked and confined in connection with child abuse allegations.

Police have also identified the location of where the wire was being sold “Viba Recycling” in Harmon. After executing a search warrant at Viba, this past Wednesday, January 9, 2013, detectives seized approximately, 8 tons of copper wire that was connected to Emerald Towers, CSTI, Guam Football Association, and the Department of Education.

At this point, the Criminal Investigation Division is still investigating the case and expects to close the investigation within the coming weeks.