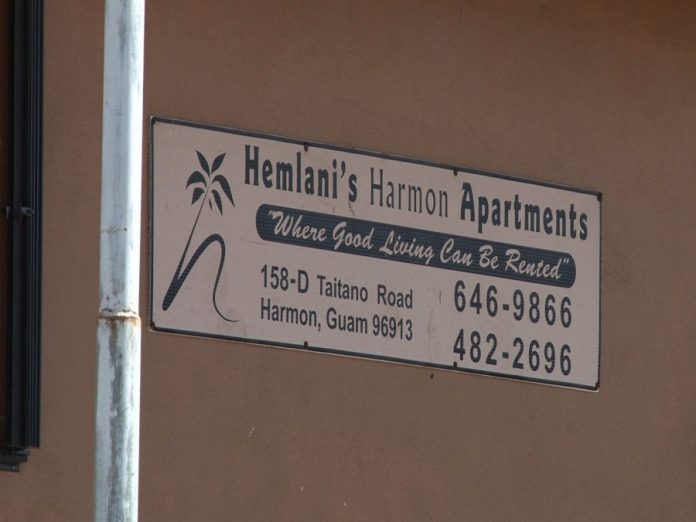 Police officers were trying to gather information from residents when they were attacked and one was struck with a metal and plastic chair.

Guam – A little after one in the morning a Guam police officer was assualted by a group of people at the Hemlani appartments in Harmon.

According to GPD PIO Capt. Kim Santos two police officers responded to a reported disturbance at the appartment complex at about 1:15am. Capt. Santos says the officers encountered a group of people at the entrance to the appartments. While the officers were attempting to gather information from the individuals they were attacked by individuals from within the complex.

One of the policemen was a police shift supervisor. The police shift supervisor was attacked by over ten men and women. At some point during the altercation he was struck in the head with a metal and plastic chair. He sustained multiple injuries to both his face and body and was transported to GMH. The officer was later released.

It’s not clear whether or not this incident is related to two other incidents that have occurred over the past few days. On Saturday a man named Eric Camacho Aguon was stabbed in the neck during an altercation that ocurred after the brakes in his vehicle gave out and his car crashed into the stairwell of the complex. According to police the tennants then responded by jumping on the hood of Aguons car. A fight ensued and Aguon was stabbed in the neck. Efodomwar Ezra was arrested and accused of stabbing Aguon.

Then on Monday night a bomb threat was called into the Hemlani appartments. According to Homeland Security police and K-9 units evacuated and swept the complex but no explosives were found.

Yesterday’s assault case remains open for investigation and suspects have yet to be identified.