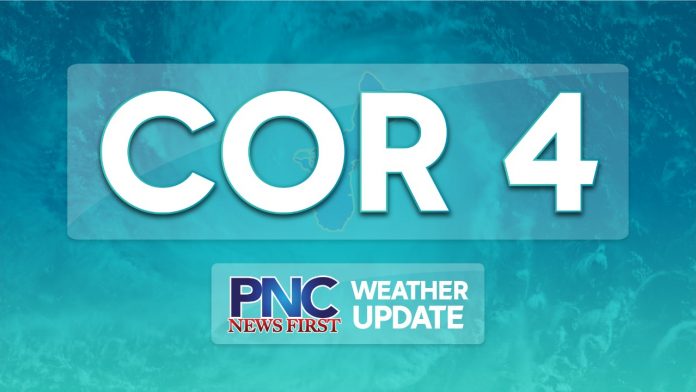 (JIC) – Guam is in Condition of Readiness 4.

Following is an update on Guam as Super Typhoon Yutu moves west and away from the Marianas.

SHELTERS: There were 629 people in shelters early this morning. People have started returning to their homes. Three (3) shelters have closed with less than 300 shelterees remaining.

PREGNANT MOMS: 13 expectant moms were sheltered as of this morning at the Guam Memorial Hospital.

PUBLIC HEALTH: There was one patient seen at the Northern Clinic; that patient has since returned home. No patients were seen at the Southern Clinic.

GUAM WATER AUTHORITY:  GWA crews are responding to an issue on Gov. Carlos Camacho Road (near Guam Behavioral Health and Wellness Center). Expecting services in nearby surrounding areas to be fully restored by 5 p.m.