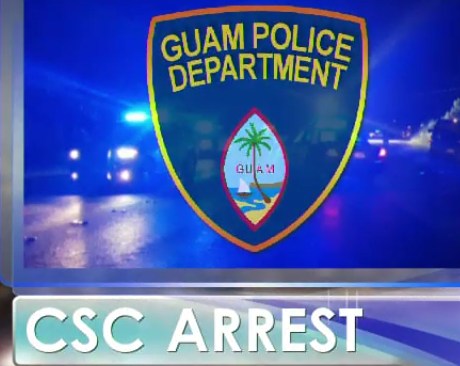 A couple is behind bars after a 17-year-old girl told police that they took the girl to a bar, got her drunk, and then sexually assaulted her.

The minor told police that on Nov. 21, Crissy Flores Orlino and Andrew Nauta Cruz took her to a Mangilao bar and bought the minor alcoholic beverages.

After becoming intoxicated, the girl told police that the couple took her to a residence in Barrigada where the minor began to feel weak and incapacitated.

Police say when the victim fell asleep she later awoke to being inappropriately touched by Cruz. The next morning the girl told police that Cruz grabbed her and forcefully kissed her.

The minor told Orlino what happened but according to police Orlino chose not to believe her. The girl further stated that Cruz admitted to a family member and police that he touched the minor.

The couple was charged with child abuse. Cruz was additionally charged with fourth-degree criminal sexual conduct. They were booked and confined.