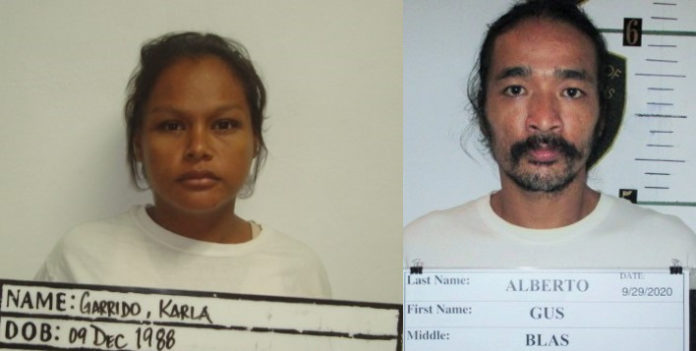 Preliminary police reports suggest that officers from the Southern Precinct Command conducted a welfare check at a home in Talofofo, relative to information obtained from Child Protective Services that a minor was asking surrounding neighbors for money and food.

Through the course of the investigation, officers met with the parents, 31-year-old Karla Renae Garrido and 37-year-old Gus Blas Alberto, who were both interviewed and arrested for the offense of child abuse.

Karla Renae Garrido was also arrested for an outstanding warrant of arrest. Both Karla Garrido and Gus Alberto were subsequently booked and confined at the Department of Corrections.

As a result of the investigation, all nine minors were relinquished to the care of Child Protective Services.