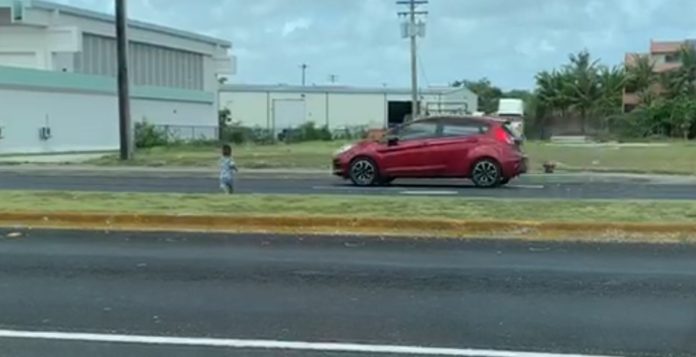 On Thursday, April 30, the Guam Police Department was made aware of a viral video circulating on social media depicting a toddler running on the roadway of Route 16 Army Drive, Harmon by the former San Miguel Building.

According to GPD spokesman Sgt. Paul Tapao, officers from the Dededo Precinct Command responded to the general area where an officer had recognized the toddler depicted in the video.

Officers later met with the parents who were located at an apartment complex in Harmon.

The parents were later identified as 27-year-old Surian Aake and 30-year-old Manny Kawaichy.

Both Surian Aake and Manny Kawaichy were transported to the Dededo Precinct Command for interviews relative to the incident. Child Protective Services was later apprised of the incident.

Surian Aake and Manny Kawaichy were later arrested for the offense of child neglect. They were both booked and release.