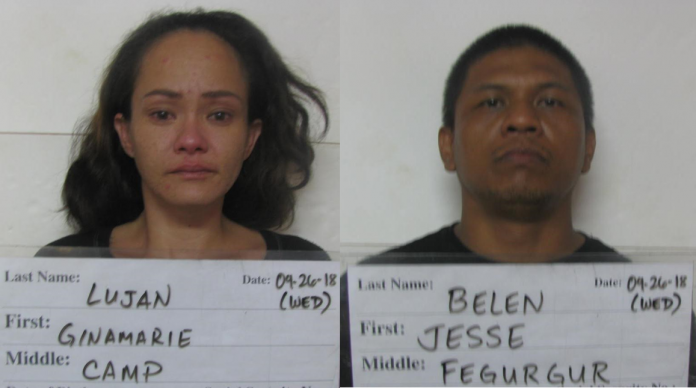 Guam – The couple who allegedly knocked off a jewelry store has been caught. And of all places, the pair was apprehended at Superior Court.

Jesse Fegurgur Belen and Ginamarie Camp Lujan were identified as the culprits depicted on surveillance footage pocketing jewelry from the Silver Mania Jewelry store at the Outrigger.

It appears that for one of the suspects theft is nothing new. In court yesterday Lujan appeared for a criminal misdemeanor case involving theft of services.

While she was compliant in attending the hearing, it appears that outside of the courtroom she was falling back into old habits.

According to GPD Spokesman Sgt. Paul Tapao, detectives not only received tips about their identities from the community but they also received information from Superior Court Marshalls that the two suspects were at the Superior Courts of Guam for Lujan’s court hearing.

It was at the court that police were able to apprehend the couple.