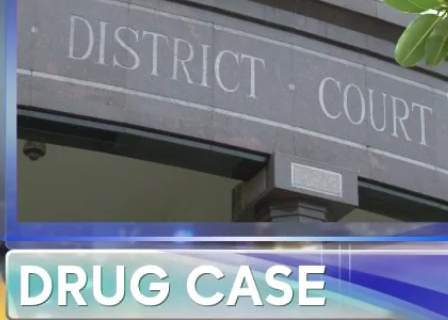 The District Court is considering whether a man struggling with a drug addiction should have his supervised release revoked after the man told the court that he’s sorry for succumbing to his addiction to meth which eases his pain.

San Nicolas is asking the court for 14 months incarceration at a Bureau of Prisons for 13 of the violations as two were dismissed in court this morning.

Pangelinan’s attorney, Leilani Lujan, disagrees with the government’s request, saying that 12 months and 1 day would be sufficient especially given the current COVID-19 pandemic.

She argued that imprisoning Pangelinan will place him at risk for exposure and infection to the coronavirus.

It was pointed out that on Guam, one DOC officer recruit already tested positive.

Pangelinan pleaded with the court for his continued supervised release, telling Magistrate Judge Michael Bordallo that he’s worried about exposure and doesn’t want to return to Guam in a “body bag.”

Judge Bordallo has taken the matter under advisement.