Guam – Fresh water crabs and shripms in Guam’s streams have gotten a lot of attention recently from a University of Kansas researcher.

Christopher Rogers, with the University’s Kansas Biological Survey,  has been combing the streams of  Guam on behalf of the National Park Service in search of  freshwater and terrestrial “decapods”.

According to the Pacific Island Network Quarterly, Rogers identified “9 species of freshwater shrimp, 7 species of hermit crabs, and 46 species of true crabs.”

Christopher is working on a field guide on decapods for the Park Service. 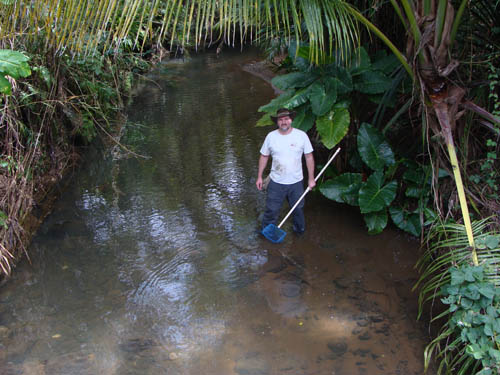 [Rogers in the Toguan River on Guam;  Photo by J. Thorp]