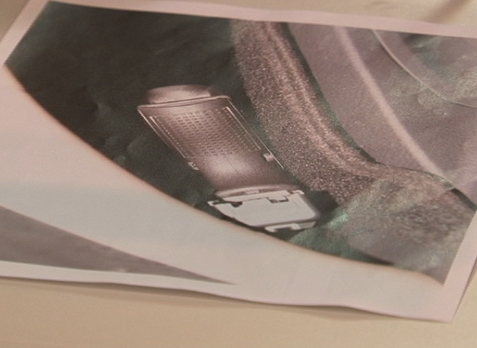 Officer Barry Flores initially suspected a drive-by shooting and says Torre was not initially a suspect.

Guam – On Day 4 of the murder trial of former police officer Mark Torre Jr., the court heard testimony from the supervising officer at the scene on the night of the incident on July 13, 2015.  Officer Barry Flores recalls the urgency of responding to the scene, with seven officers responding to what Flores said he initially suspected was a drive-by shooting.

Additionally, many photos were shown of the crime scene, depicting a trail of blood that seemed to start from the driver’s seat of Officer Elbert Piolo’s truck and led around the truck, up the driveway, and ended at a partition by Torre’s house where medics eventually placed Piolo on a gurney to transport to the Guam Memorial Hospital.

During cross examination, Flores testified that some parts of the crime scene may have been contaminated because of areas being trampled on by first responders. However, he did confirm that, while the area may have not been initially cordoned off, Piolo’s truck was properly preserved, confirming that the firearm that was found within the vehicle was registered to Torre. He added that, at the time, Torre was never considered a suspect.

When asked if any special favors were done in the investigation because of the police officers involved, Flores testified that everything was done “by the book.” However, there is also the fact that Flores is the uncle of the defendants father, Mark Torre Sr. Flores stated that protocol calls for an officer to recuse himself if he is related to anyone involved in an incident. He said he “would have waited for someone to relieve me of my command.”

More officers who were at the scene are up next to testify. And Mark Torre Jr. is also expected to take the stand in his own defense. Trial continues Friday morning at 9:00 before Judge Michael Bordallo.