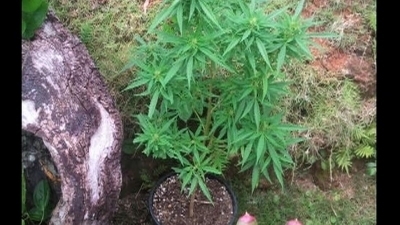 According to Adelup, neither Governor Calvo nor acting Governor Ray Tenorio signed (or vetoed) bill 345, which means it has lapsed into law.

According to Adelup, neither Governor Calvo nor acting Governor Ray Tenorio signed bill 345, which means it has lapsed into law. If no action is taken on a passed measure within 10 days, excluding Sundays and holidays, it becomes law. Bill 345 officially rejects the most recent proposed rules and regulations as transmitted by public health. According to Senator Dennis Rodriguez Jr., the bill was transmitted on July 20. Meanwhile, next in line to hit the session floor is a pair of bills that further strengthen the proposed rules and regulations and add home cultivation into the existing program. Those bills, 343 and 344, were both created by senator Tina Muna-Barnes. Senator Barnes has stated she will try and push for her bills to make it into the august agenda, however, Senator Dennis Rodriguez Jr., chair of the committee handling medical marijuana, says that although he understands patients and stakeholders have been waiting for two years, he does not want to rush the bills especially with lawmakers needing to discuss the upcoming budget.