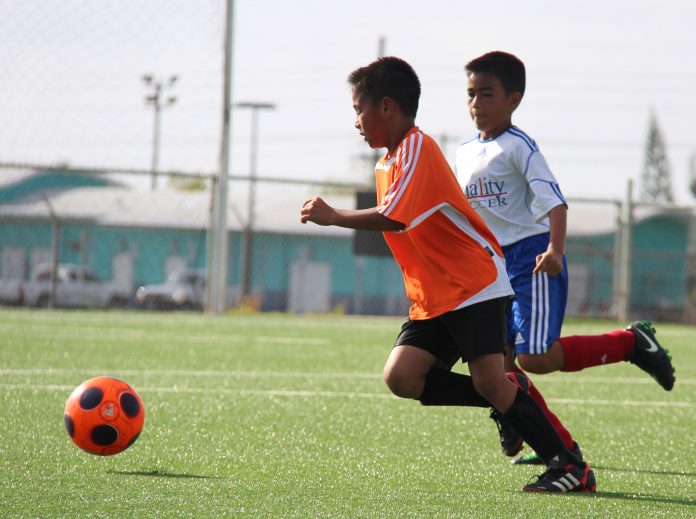 Guam – The Orange Crushers showed their mettle, blanking Quality Distributors Red 2-0 in the U12 division of the Cars Plus Robbie Webber Youth Soccer League Saturday at the Guam Football Association facility in Harmon.

Mason Duenas led the Crushers to victory, netting both goals for his team.

“We haven’t won a lot of games, so it felt really good to help my team win against them – those guys are really good,” said Duenas, a fifth grader at B. P. Carbullido Elementary School, after the match.

After Duenas’ first goal, it was a seesaw match with Quality, who was aggressively looking for the equalizer. Midway through the second half, Quality ‘s Jacob Herring found an opening in the Crushers’ defense and carried the ball through to the goal box. Luckily for the Crushers, Chloe Salas caught up with him to kick the ball out of bounds. Quality was not able to convert on the ensuing corner kick.

Minutes later, it was the Crushers’ Micah Hennegan trying for an insurance goal, but was denied twice by Quality’s goalkeeper.

Duenas found an opportunity near the close of the match, sliding into his shot from the left side that passed the Quality keeper for the last goal of the game.

In other U12 matches, Community First Gold notched a shut out 5-0 victory against Tumon Red. The ASC Islanders defeated Piranhas Red 10-1, Wings Black slipped past Strykers Blue 3-2, and Strykers Red beat the Wolverines 4-1. Community First Blue and Quality Distributors Blue battled to a 3-all draw. 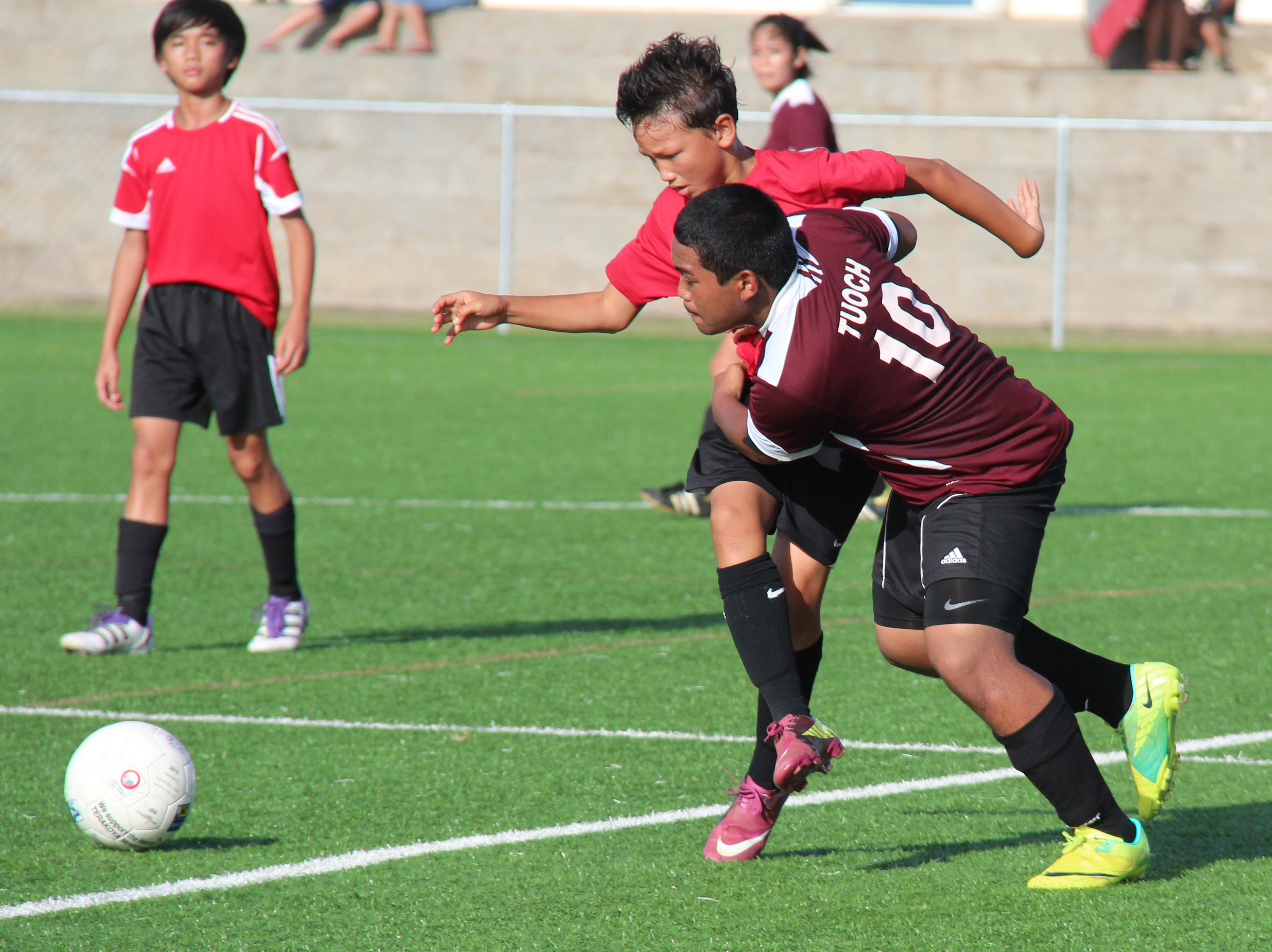 In U14 matches, the Kicker Sisters finished with a 1-1 draw against Quality and the Wings and Sidekicks battled to a scoreless draw. The Strykers beat Community First 6-1, the Wolverines prevailed 4-1 over Samurai Heat and the ASC Islanders edged the Crushers 2-1.

The Wolverines stopped Wings Red 5-0, the ASC Islanders defeated the Sidekicks 4-1 and Samurai Heat escaped with a 3-2 win over Quality in the U16 division. The Under-14 national team blanked Tumon 9-0 in the late game. Jake Benito scored a hat trick for the national team and Leon Bamba knocked in two. Tevin Pangelinan, Jeffrey Ho and Francisco Yamashita scored one each. Joshua Lujan scored on a penalty kick.

In the Girls’ U17 division, the Guahan Explosions beat the ASC Islanders 4-2 and the Samurai Heat edged Quality 2-1.