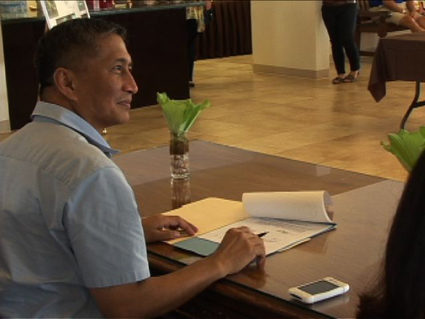 Guam – Acting Governor Dr. Mike Cruz signed the Guam Museum bill into law Saturday at a ceremony at the Hall of Governor’s behind the Adelup complex.

Bill 179 calls for the creation of a “multi-purpose cultural, convention and performing Arts Center and a Guam Museum facility.”

The measure authorizes the Governor to borrow up to $25 million dollars to build it, and the funds will also be used to repair the Plaza De Espana.

On the K-57 Breakfast Show Monday morning the bill’s sponsor, Vice Speaker B.J. Cruz, explained that the funding will come from a U.S. Department of Agriculture loan which has been applied for, but not yet approved. He said this USDA loan is separate from the $103 million dollar loan that was recently rejected by the Governor.

The Vice Speaker also explained that repayment of this separate USDA loan will come from the Tourist Attraction Fund. The debt ceiling will not be affected because it is a limited obligation bond.

In signing the bill, Acting Governor Cruz said it’s important “to showcase to our visitors, multinational corporations and the military that we’ve had a culture here for 3,500 years.”

Officially, its being called a cultural center because the USDA does not allow loans for museum construction.

The cultural center will include displays of ancient Chamorro artifacts, relics from the Spanish era, as well as housing classrooms, a library and an auditorium.