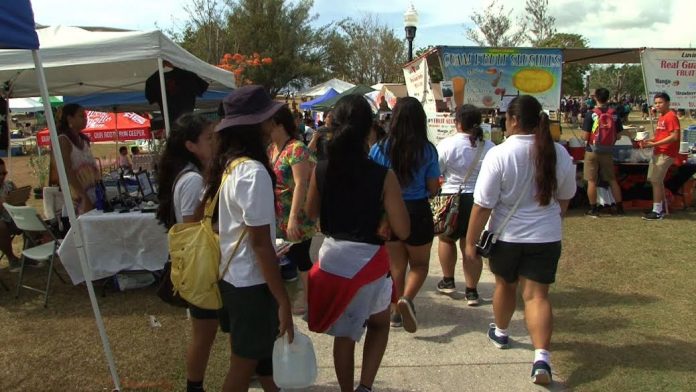 This is in response to the shortage of teachers, nurses, and public safety officials on island.

Guam – Budget hearings for the University of Guam and the Guam Community College were held today and although both colleges asked for a slightly lower budget request, both budget hearings had the same end result: Vice Speaker BJ Cruz concerned about the number of graduates from both higher institutions not pursuing a job at the various GovGuam agencies which are in dire need of teachers, nurses, and public safety officials.

Cruz says, “We just had the hearings last week and the manpower shortage at the three public safety departments…their overtime is just beyond control, I mean $3 million in overtime in one department but they need to fill the vacancies but they’re just having a really difficult time with the vacancies. I just wanted to figure out if there’s a way we can all work together.”
Cruz says he plans on having a roundtable discussion with both UOG and GCC so they together can come up with or tailor some of the programs already being offered at the colleges to ensure that students meet the job requirements needed for certain job positions in GovGuam.
As for budget requests, the University of Guam is asking for $31 million for Fiscal Year 2017. Here are some of the projects they’re working on:
Underwood says, “We’ll be issuing out the RFP for the new Student Services Center. We’re calling it the Students Success Center and the Engineering Center. We anticipate that construction start in the upcoming academic year. That’ll be a game changer for a lot of things. The next two priorities we have are the Fine Arts Theater and the Triton Engagement Center. The Triton Engagement Center is an attempt to knock down all the houses you see in the Dean Circle, build a structure on the cliff line, and house all the community engagement centers and nonprofits who pay rent and house them in those areas.”
GCC’s budget request for FY17 is $20 million, a slight decrease of nearly $2000 dollars compared to last year’s 2016 budget request. Okada says, “Over the next several years, the college will continue to strengthen its facilities and complete expansions that have been identified in its campus facility master plan. For FY17, we have several projects underway. First the expansion of Building 100 will roll out later this month and the expansion of the GPD Crime Lab will roll out shortly there after. Funding for these renovations have already been secured. I am grateful for your support in helping us see these projects through.”
GCC President Dr. Mary Okada says the community college would also want to expand several programs such as a radiologic technology program, however, with a limited budget, they are unable to pursue such programs.
Both colleges are making advancements in the technological arena and putting more effort into making their campuses “eco-friendly” and energy efficient.