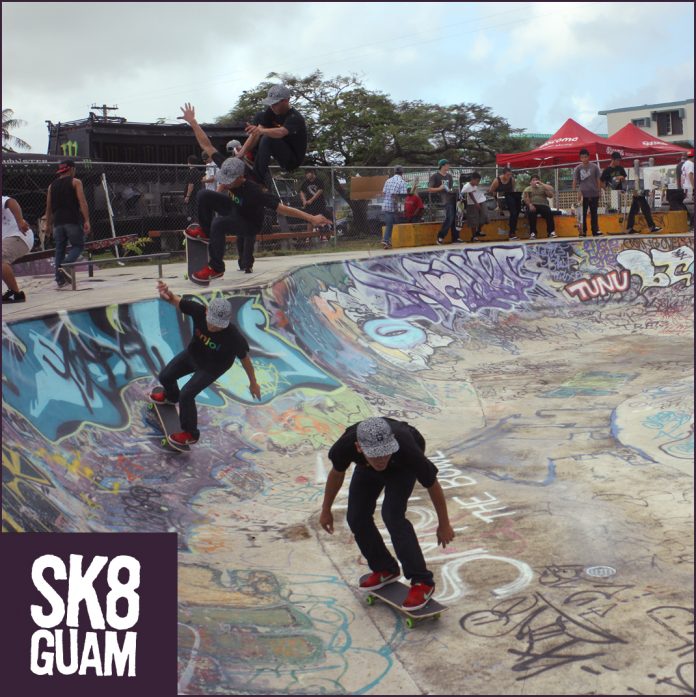 Dededo, Guam – The “Culture Clash Skate Competition,” which was held this past Saturday at the Dededo Skate Park, proved to be as much a challenge against the weather as it was amongst the participants! A very promising blue sky covered the park during registration and warm-up hours, but shortly after, the excitement that had built up and spread throughout the park was washed away by a sudden downpour.

Presenters SK8 Guam, Tunu, and Skull Candy were not easily deterred, as they found themselves with brooms and blowers in hand, attempting to wick away and dry the park. The effort was inspired, of course, by the kids who came down to the skate park hoping to collect their thirty seconds of glory!

As soon as the park had dried and it appeared possible to begin the competition, the rain clouds dumped another round of heavy rain over Dededo, and then another. Two and a half hours and almost fifty damp skateboards later, it was evident that the skate contest was not to be. Instead, the competitors were given goodie bags filled with awesome gifts and prizes from Skull Candy and DNA Evolution. Tunu and Monster Energy Drinks were there as well, keeping everyone full and hydrated throughout the day.

Tunu collaborated with DV8 Boardshop and developed a special edition Skateboard paying homage to Guam’s love of the ultimate fiesta plate: BBQ and red rice. The skate deck debuted at Culture Clash and was packaged with a limited edition Tunu Red Rice Tee, which are now available at DV8 Boardshop in the Plaza in Tumon.

In the end, the truest of Guam’s unique virtues shone brighter than the sun that day: that we never give up and will always make the best of any situation we are given! 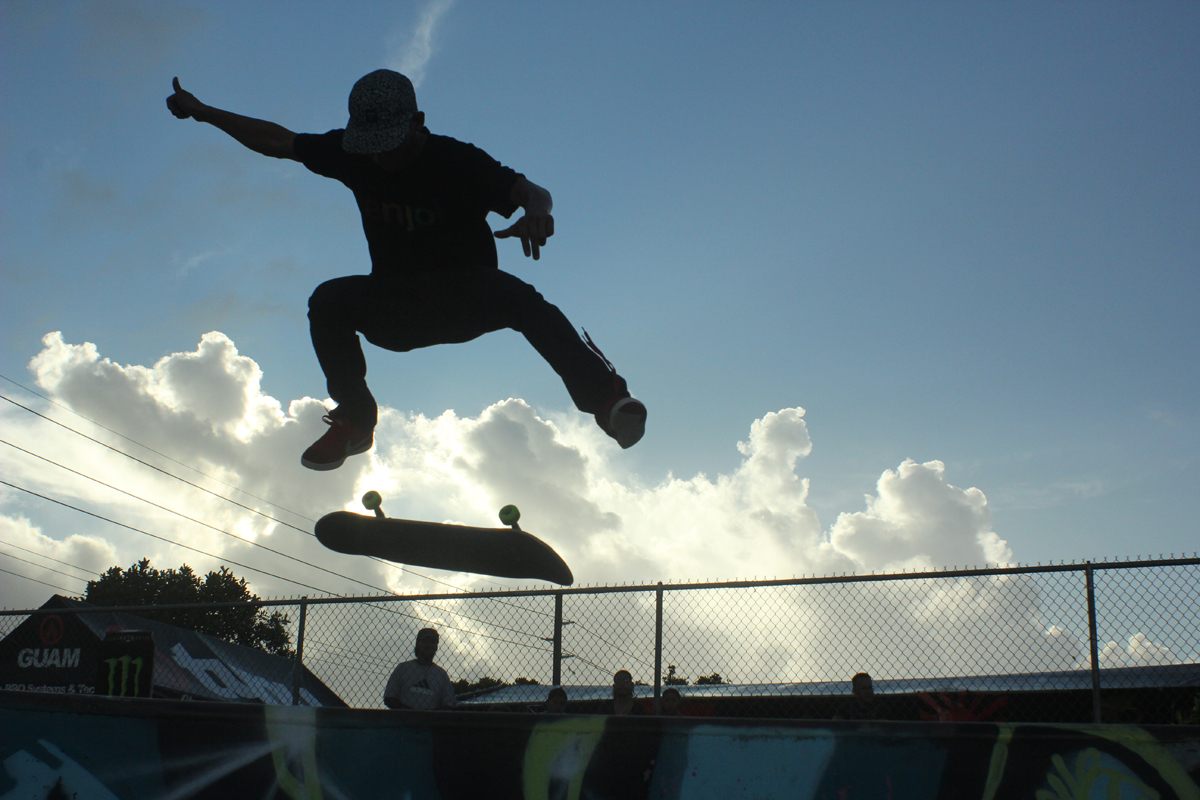 Special thanks to Skull Candy, SK8 Guam, Tunu and the sponsors DV8 Boardshop, DNA Evolution, the stations of KUAM, Monster Energy Drink, Docomo Pacific, OSC, Smoke, the Pacific Daily News, and the Dededo Mayor’s Office for supporting another great event that promotes the positive and creative hobbies and interests of our local youth. 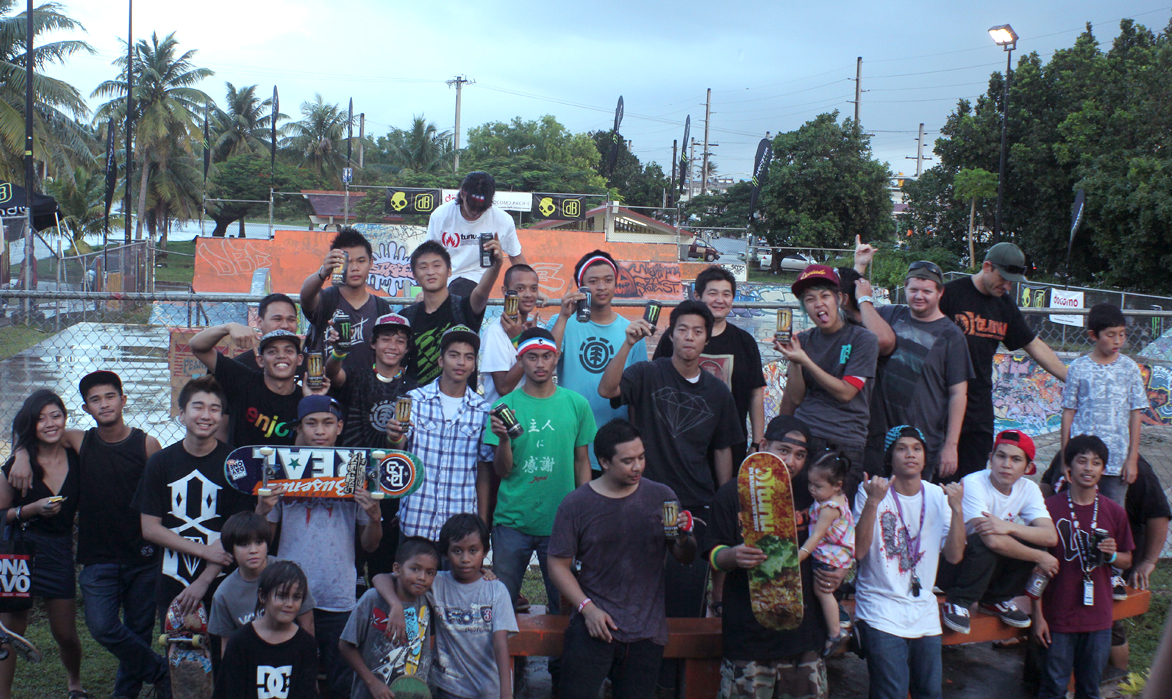