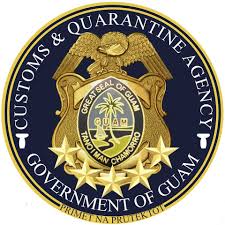 Currently, the CQA possesses limited statutory authority to seize items subject to forfeiture under its laws.

According to a 2019 study on the agency published by the University of Guam Regional Center for Public Policy (UOG-RCPP), Guam Customs has received portions of proceeds through equitable sharing with federal law enforcement partners but is not granted a local procedure for seizing assets under the direct jurisdiction of the agency.

Under the measure, which is modeled after recommended legislation from the UOG-RCPP study and further collaborated on with the Customs officials, the CQA would be granted forfeiture authority similar to the Guam Police Department’s Special Asset Forfeiture Fund (10 GCA, Chapter 79).

“Asset forfeiture is critical to taking the profits out of illegal activity. The proposed bill supports customs border enforcement and gives CQA an important tool in our fight against border smuggling crime,” testified Director Ike Peredo of CQA. “Through passage of this bill, drug dealers, terrorists, and smugglers…will experience the full impact of customs enforcement.”

The proceeds from these properties would be set aside in a local asset forfeiture fund to be utilized exclusively by the agency for future hires of personnel, training, enhancement of facilities, purchasing of equipment, and other needs.

Torres noted that the measure could not be more timely.

According to the 2020 National Drug Threat Assessment published by the U.S. Drug Enforcement Administration, methamphetamine continues to be Guam’s greatest threat, with most of the illicit substance sent “to criminal associates in Guam, who sell the drug for very large profit margins.” Last year, the CQA announced that it had intercepted more than 100 pounds of crystal methamphetamine to the tune of almost $7.5 million or about $150 per gram.

“Illicit drugs are flooding our streets. We see it in the families torn apart by substance abuse, the children sent off to foster care, and the rising number of babies born addicted before their first breath,” said Senator Torres. “As we set our sights on rebuilding the island in the wake of a tragic pandemic, so too must our First Line of Defense be strengthened in the fight against addiction.”

Bill 87 remains with the Committee on Education, Self-Determination and Historic Preservation, Infrastructure, Border Safety, Federal and Foreign Affairs, and Maritime Transportation. The Senator is working with the Committee to report out the measure for legislative session.