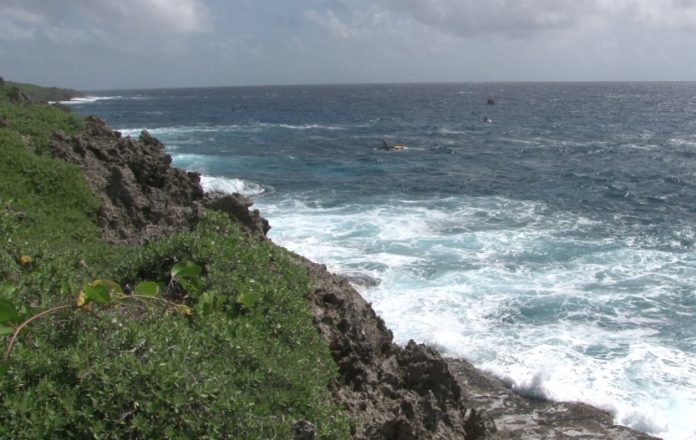 Guam – Although the Guam Police Department and the DEA have confirmed that nearly $1 million in cocaine has been seized this year alone, they could not indicate whether all the arrests or seizures are linked.

What we do know is that at least 41 pounds of cocaine came in through our waters, warranting a closer look at our maritime interdiction efforts.

It appears that the task of monitoring our vast seas falls in the hands of Guam Customs and Quarantine’s Maritime Interdiction Task Force. While their main focus is to monitor the Port, the Hagatna Boat Basin, Merizo Pier and the Agat Marina, their scope of coverage extends beyond Guam’s ports of entry to all water fronts.

Limited resources may be the cause of a seemingly lax waterfront which made instances such as the washed up cocaine a possibility.

Guam Custom’s and Quarantine Public Information Officer Jessi Santos told PNC that
until either the law changes or Customs has the capacity to be at every port of entry they don’t have a 24-hour operation or even an operation, adding that there are only four officers assigned to the task force. She shares that officers are not posted at any of the main ports of entry on a 24-hour basis, citing at least two reasons: one because of the need and two because of the process.

This problem is only magnified by the lack of resources and technology available through Customs. At this time, Customs mainly relies on the collaboration between other agencies such as NOAA and the USCG to be able to carry out their interdiction efforts on the waterfront.

For example Custom has assets through NOAA which allows them to get out onto the water to fulfill NOAA’s mission of environmental protection but at the same time they are able to also carry out the interdiction efforts.

But even at that the instances the MITF is able to get out on the water, it is limited and only for a specific duration of time. They do not have they ability to patrol Guam’s surrounding waters on a daily basis.

In fact, Santos shares that unless a report is made of suspicious activity in the water, they will not be aware of criminal activity in the waters. That explains why the cocaine floating in our waters was not interdicted by authorities and washed ashore in Mangilao and the AAFB.

Compounding the problem is that there are no regulatory measures in place to hold boat operators traversing the surrounding Guam shores accountable for what is transported or brought in from the sea. The only time there is accountability is if a travel plan is filed and that is usually only required when traveling from an international Customs border coming into Guam.

Because of these challenges there is no data to indicate how much drugs has entered the island through our waters. But even without the data, Customs stands by the assertion that the postal mail system is where the majority of drugs comes into Guam. Santos says this is because it is much easier to mail drugs from any corner of the world to Guam than it would be to spend the resources and time in traveling by sea to drop off drugs into our waters.

Despite this, it is clear that changes need to be made in maritime interdiction and enforcement and it starts with providing Customs with the necessary resources to be able to better patrol and better protect our waters. The Challenge moving forward will be how and what will get them there.