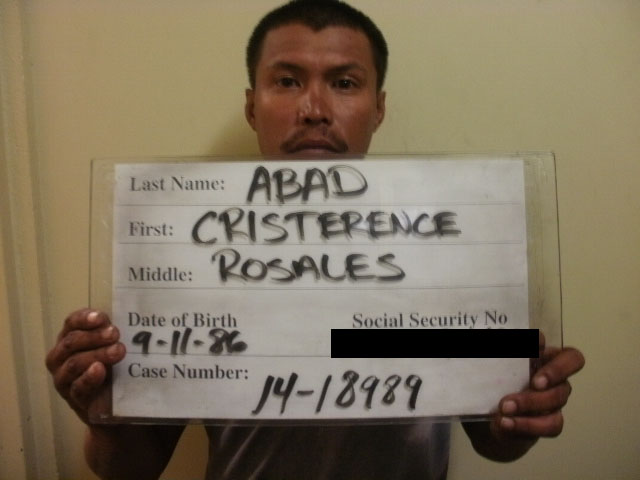 Guam – A 27-year-old father is facing criminal sexual conduct charges for molesting his 6-year-old daughter, according to a magistrate report filed in Superior Court yesterday.

Cristerence Rosales Abad is accused of sexually molesting his 6-year-old daughter after taking his children to the beach sometime earlier this month. The report states that Abad is “addicted to alcohol” and had been drinking “all day” at the time of the abuse.

The victim says the sexual assault happened at night in her father’s bedroom while she was sleeping, the report states.

According to the report, the victim told her grandmother about what her father did to her, who then called the girl’s mother. The mother then called police on July 7 and reported the seuxal assault.

The report states that when Abad was confronted by police with the evidence he began to cry and eventually confessed to the crime. “He admitted what he did, but stated that he was too drunk and did not know what he was doing until he was already done,” the report states.