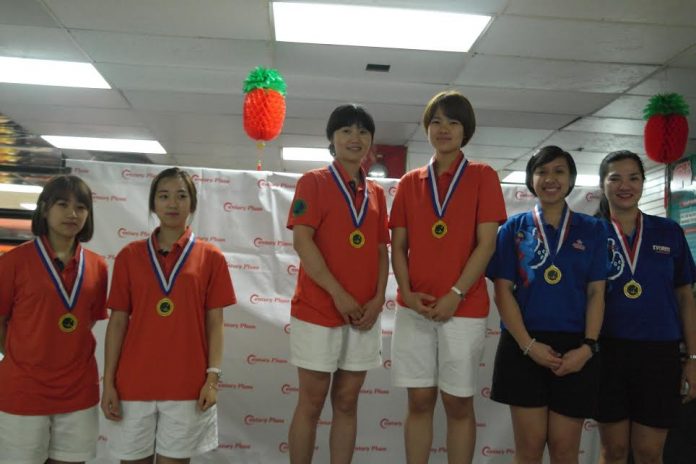 Tamuning, Guam- The 27th Asian Intercity Bowling Championship was hosted by Guam at the Central Lanes Bowling Center.  Here are the results:

Choi Ae Rim and Bae Sung Hee stumped the field during the doubles event of the 27th Asian Intercity Bowling Championship being contested at the Central Lanes Bowling Center.  Gold was affixed to their representation after a strong start as Choi bowled a 244 while Bae’s 234 combined for a 478 one game total and immediately took a 40 pin lead which grew after each game.  After six games of competition the duo amassed a total of 2,522 pinfalls, 222 pins better than silver medalists Lara Posadas and Cecilia Yap of Paranaque whose 2,300 total was 24 pins better than the next Daegu team of Kim Hung Lin and Shin Bo Hyun’s 2276.

Shellee Javier and Teliann San Nicolas of Tamuning finished 51 pins behind the bronze medalist finishing in fourth place with a 2225 as Arlene Taitague and Lisa Duenas of Hagatna’s 2218 placed them in fifth position.

Mary Pangelinan and Patricia Roberto edged out the field in the Senior Women’s doubles competition as they bettered the Paranaque tandem of Liza Or and Lucy Cheng by 26 pins 2,039 to 2,013.  It was a two pin difference between the two teams along with Kim Yong and Kathy Mandapat of Hagatna going into the last two games as Pangelinan and Roberto were able to salvage enough pins to claim the top post. 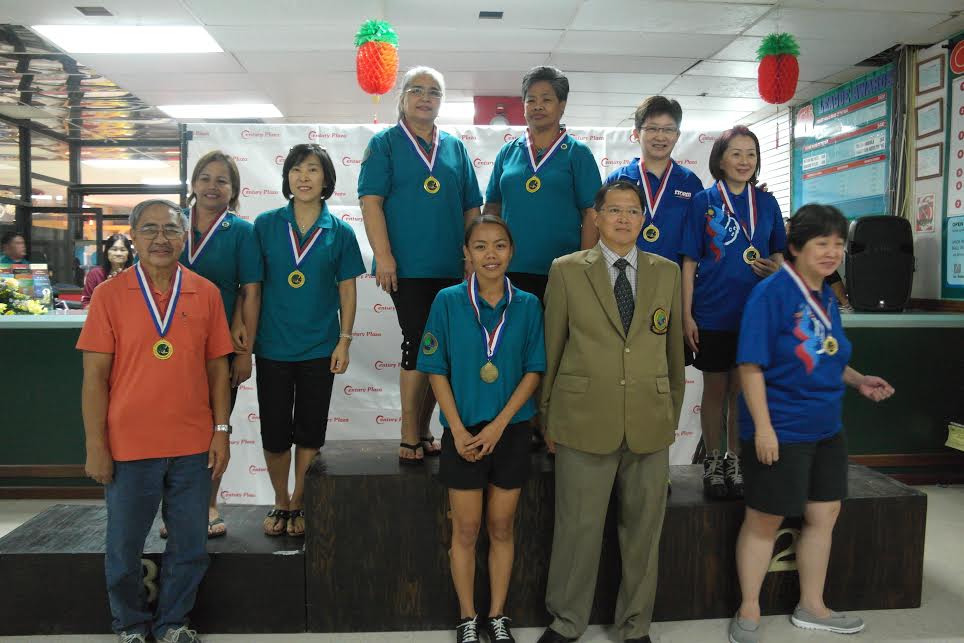 Dennis Ho and Gerry Tan claimed Paranaque’s first gold medal of the tournament as they upended Chuck Meno and Manny Torre of Dededo 2,237 to 2,149 while Jimmy Pinaula and Nestor Valencia of Tamuning bagged the bronze.  After a brief lead by the Dededo duo, Paranaque raced to the top with 399 and 407 totals in the second and third games and never looked back outlasting the field atop the standings. 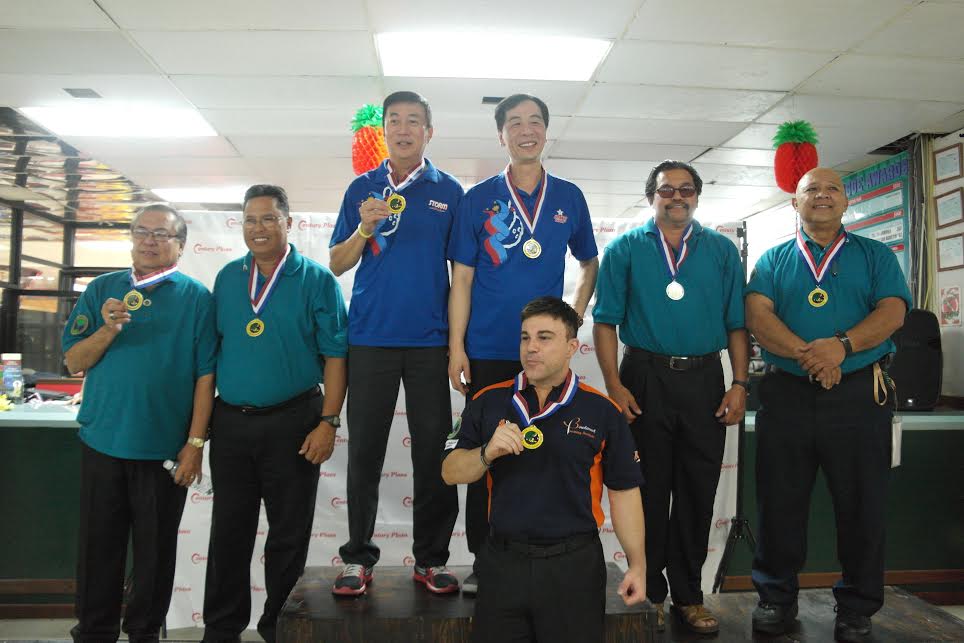 The doubles tandem from Daegu City overcame a fast start by host Tamuning and came away with their fourth gold medal in as many events keeping their strong hold on the Shinzo Sato Cup.  Choi Suk Byung and Kim Young Pyo poured in 2,468 pins through a steady performance to boost their total medal tally to four golds and two bronze for the championship.  Fifty two pins adrift were JD Castro and Jay Leon Guerrero who settled for silver after opening the first game with a 446 set holding on to the top spot through the first four games before slipping to second with a total of 2,416 pins. 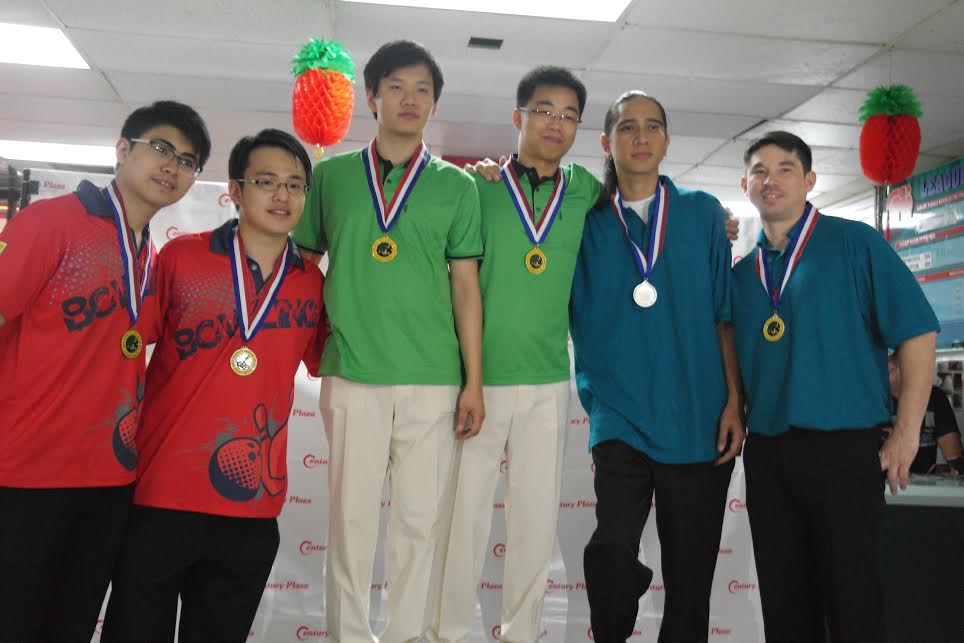 Joshua Chow borrowed a page from his partner Mike Chan’s book as they pulled another come from behind bronze medal victory by upending Shah Alam’s Fajrin Syahereza and Zharif Mohd by six pins 2,367 to 2,361. Chow and Chan bowled a 414 set against Shah Alam’s 337 to erase the 71 pin lead after five games.  Jo Eun Su and Park Hee Jeong of Daegu rounds off the top five with a 2,305 total.