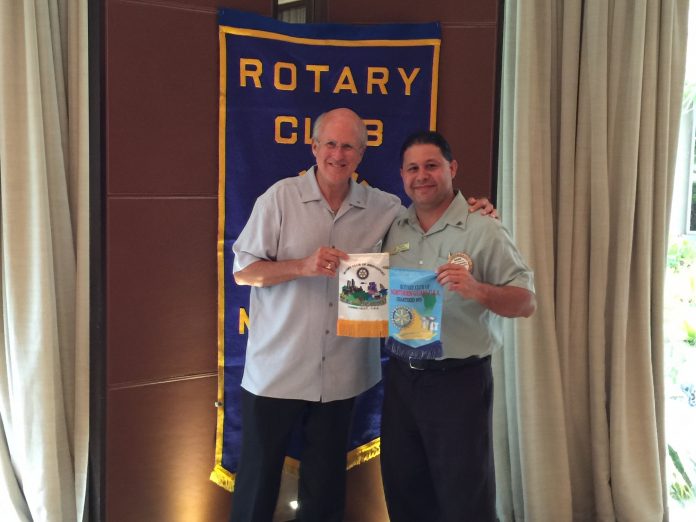 The guest speaker of the Rotary Club of Northern Guam shared his opinions on responsibility, finances, human capital, change management, and retirement security issues in America.

David Walker has an extensive resume when it comes to government accounting. He was a presidential appointee from former Presidents; Ronald Reagan, George W. Bush, and  Bill Clinton. He served as the Comptroller General of the United States until 2008 which means he was the USA’s Director of the Government Accountability Office.  He is also the CEO and Founder of the Comeback America Initiative where he has helped bring attention to challenges that America faces economically and fiscally.  Walker is the current Senior Strategic Advisor for the Global Public Sector Practice and he, a rotary member himself, spent time with fellow rotary members on Guam to give his professional perspective on what needs to change on and off island.

When asked about the communication between Guam and the Federal Government Walker shared that Guam is in perfect strategic position and should realize the impact that the island has because of it’s location.   He advises that Guam should gain the attention of the Federal Government through elected representatives, the business world, and professional organizations on Guam pushing the importance of Guam’s strategic location in America. When asked about the military build up, he says we have a “huge bloated bureaucracy” and we need to know we are in “a better position location wise” as the Navy and Special Forces have a great defense through Guam.  America spends more on Defense than the best fifteen nations combined and we need to realize what type of threats we face so that we can best allocate our defense.  He gave a couple of examples such as cycler threats and threats to our critical infrastructure.

When asked about what he sees that Guam needs he mentioned a dire need of retiree healthcare reform.   In addition, we should promote more economic development and consider learning from Florida who also receives much of their revenue from tourism, advising that Guam adjusts the tax structure with taxes through tourism.

Overall, he says that America can reform social security.  He shared that the biggest deficit America has in the government and in Washington is a leadership deficit. Walker states that there is a strong need for nonpartisan solutions with bipartisan support and America needs to get back to the first three words of our constitutional amendment, “We the people…”.