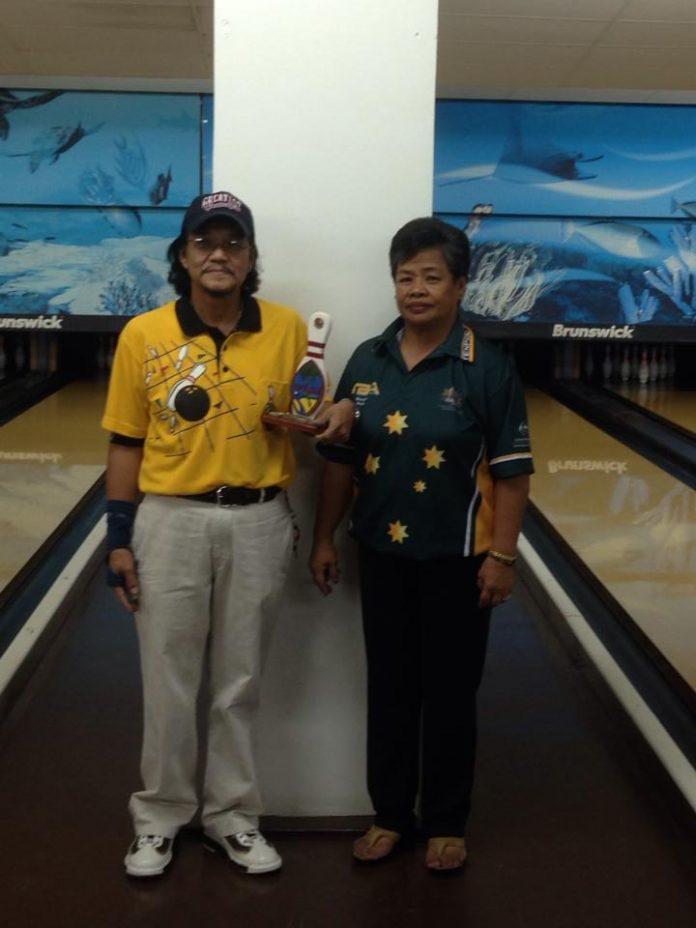 Tamuning, Guam – With a good size field, 3rd seed Norbie De Silva expected competition to be tough and it doesn’t come any tougher than facing October champion and 4th seed Mary Pangelinan. After the lane dust settled, De Silva finally got his long awaited victory for the championship, out striking Pangelinan 221-189 with handicap and became November Senior Bowler of the Month.

In the quarterfinals De Silva romped past  Langas 227-162 while in the other all female round, Pangelinan stopped Bilon-Mandapat’s victory quest 207-180.

The semifinals resulted in upsets as the top two seeds were unseated as Pangelinan got a shot at two straight championships by beating top seed Valencia while 2nd seed Chuck Meno fell in the final frame to De Silva going into the championship.

In the finals game, both De Silva and Pangelinan opened with a strike and spare in the first two frames. However De Silva marked on the next 6 frames including two doubles with only one open frame in the 9th to keep a late charging Pangelinan from overtaking him for the November crown.

The win earned De Silva a spot in the Senior Bowler Grand Finals to be held on December 15th at 9:30 AM. Participants of this tournament will consist of a field of 16 players including defending champion Joe Mafnas, the winners of the last 11 monthly tournaments, and the top four bowlers based on tournament points.