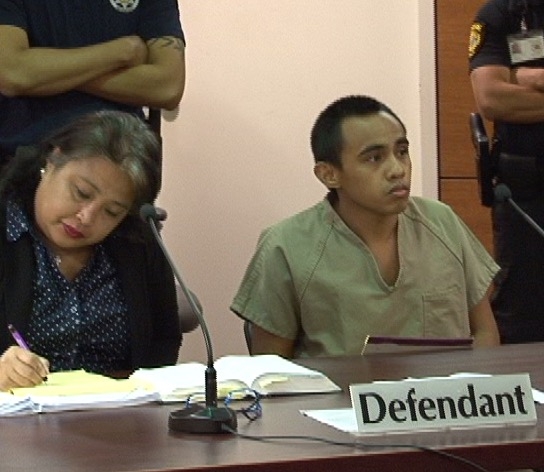 Convicted murderer Chad De Soto is no longer asking to be committed to the Guam Behavioral Health and Wellness Center as part of a plea for leniency.

Guam – At a hearing yesterday, Department of Corrections Clinical Psychologist, Dr. Patricia Taimanglo, requested for more time to further consult with convicted murderer, Chad De Soto, and his counsel, to advise him on the consequences of testifying.

With the withdrawal of the alternative motion for commitment to the Guam Behavioral Health and Wellness Center in this afternoon’s hearing, Dr. Taimanglo will no longer be used as a witness.

Chief Prosecutor, Phil Tydingco, stated it was proper for De Soto to withdraw that portion of the motion, commenting that “the burden was upon the defendant and his lawyer to present evidence to support that standard, which is ‘Did he present a danger to himself or others, as a result of his stay at DOC, and as a result of his mental illness or mental disease?’ He withdrew his motion. And I can only assume that part of his withdrawal of the motion was he had an opportunity to speak with Dr. Taimanglo, the DOC psychologist, as well as with his lawyer, whom we knew that Dr. Taimanglo was going to testify that the answer to the standard was ‘no.’ And so they knew all along that there was no way they could prevail on that motion, because their own expert that they subpoenaed and whom they indicated in their motion since July presented the substantial danger. So, to me, this was not a good faith motion. This was bad faith. And so they withdrew it and that was proper for them to do.”

The sentence reduction hearing will continue on Monday, Oct. 10 at 10 a.m., where De Soto hopes to make a closing statement to support his plead for leniency.