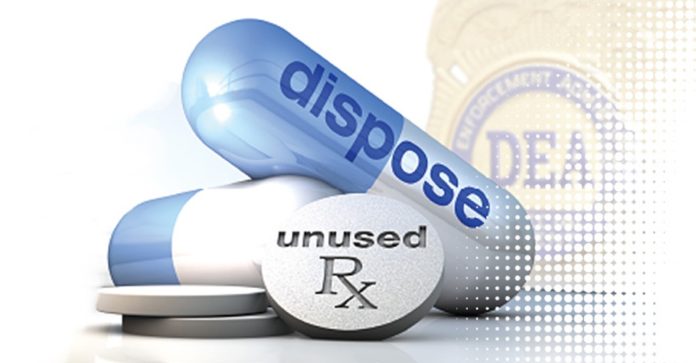 The biannual event will be held from 10:00 a.m. to 2:00 p.m., at thousands of collection sites around the country, including here in Guam and the NMI. This event is an effort to rid homes of potentially dangerous expired, unused, and unwanted prescription drugs.

DEA will collect tablets, capsules, patches, and other solid forms of prescription drugs. Liquids (including intravenous solutions), syringes and other sharps, and illegal drugs will not be accepted. DEA will continue to accept vaping devices, cartridges – in addition to tablets, capsules, patches, and any other medication in solid forms – at any of its drop off locations. It is important to note that DEA cannot accept devices containing lithium-ion batteries. If batteries cannot be removed before dropping off, please consult with stores that recycle lithium-ion batteries.

In 2019, citizens of Guam and the NMI turned in over 1,650 pounds collectively. According to the Centers for Disease Control and Prevention, the U.S. has seen an increase in overdose deaths during the COVID-19 pandemic, with 85,500 people dying of a drug overdose in just one year (August 2019 – August 2020), the largest number of overdoses recorded in a 12-month period. The increase in drug overdose deaths appeared to begin prior to the COVID-19 health emergency but accelerated significantly during the first months of the pandemic.

Flushing medications down the toilet or throwing them in the trash pose potential safety and health hazards to others and the environment. This initiative addresses the public safety and public health issues that surround drugs languishing in home cabinets, becoming highly susceptible to diversion, misuse, and abuse.

The following sites in Guam and the NMI are designated to receive unused prescription drugs and vaping device products on Saturday, April 24, 2021, between 10:00 a.m. and 2:00 p.m.:

Contact DEA Resident Agent in Charge Kenneth Bowman at 671-472-7384 regarding any questions about prescription drug abuse and any concerns regarding drug-related activity on Guam or in the NMI.