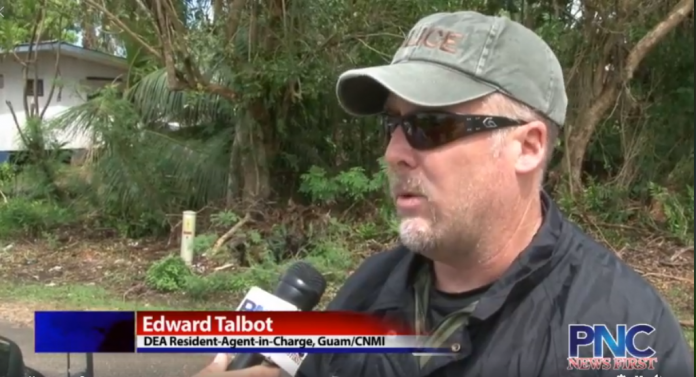 Guam – A federal drug raid near an elementary school prompted a brief lockdown of the Astumbo Elementary School. Two squad cars from the Guam Police Department blocked off a segment of Chalan Sibukao in Dededo, while the Drug Enforcement Agency’s agents were collecting evidence inside a house between Chalan Hachon and Chalan Ahgao.

According to Department of Education Public Information Officer Isa Baza, at 8:45 this morning a lockdown procedure was initiated at the Astumbo Elementary School, out of an abundance of caution. This lockdown was initiated due the raid which occurred near the school. Fifteen minutes later, upon consulting with the Guam Police Department, the lockdown was lifted.

PNC was able to catch up with the DEA’s Resident Agent in Charge, Edward Talbot at the scene who could only confirm that there was an active DEA enforcement operation. Talbot was unable to provide more details as this is an active federal investigation.

Talbot also pointed out that October is Red Ribbon Awareness Month. During Red Ribbon Month, DEA partners with the local and federal community to raise awareness regarding substance abuse. DEA agents host outreach programs, where they talk with children and their parents to make a better place for Guam and the United States.