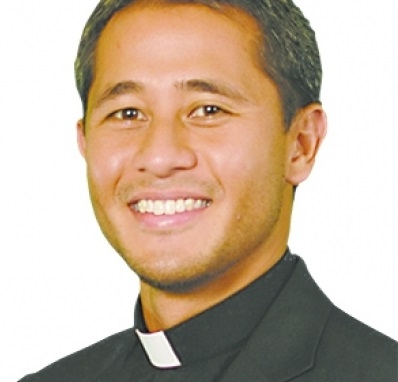 Father Luis Camacho allegedly had the 17-year-old girl hide in his car as he drove her away from school.

Guam – The priest who was arrested last week on allegations of custodial interference over a 17-year-old student is now being accused of having “sexual contact” with her.

Deacon Stephen Martinez, whose position with the Archdiocese is under threat over his involvement with the Concerned Catholics of Guam, has written a letter to Archbishop Anthony Apuron and to Child Protective Services to “formally file a report” that sexual abuse has occurred with a clergy member.

Specifically, Deacon Martinez writes that Father Luis Camacho, the former pastor of the San Dimas and San Dionisio parishes, picked up a female student from her school without permission and drove her to a remote beach in Agat. Martinez says Father Luis Camacho even had the girl hide in his car as they drove away from school. Martinez says Father Camacho then “had sexual contact with her.”

Martinez goes on to cite the Archdiocese’s policy on sexual misconduct dating back to April 2002.

The Archdiocese’s Sexual Abuse Response Coordinator Deacon Larry Claros, one day after Father Camacho was arrested, declined to comment on the matter when questioned by PNC. However, the Archdiocese did release a media statement confirming that Father Camacho was arrested on a charge of custodial interference and that he had resigned from his position as a result. Details of his arrest were not provided.

Father Luis was booked and released.

After graduating from the Redemptoris Mater Seminary in Yona, Father Camacho was ordained in November 2013 when he was 28-years-old and not long after was made pastor of the Merizo and Umatac churches.