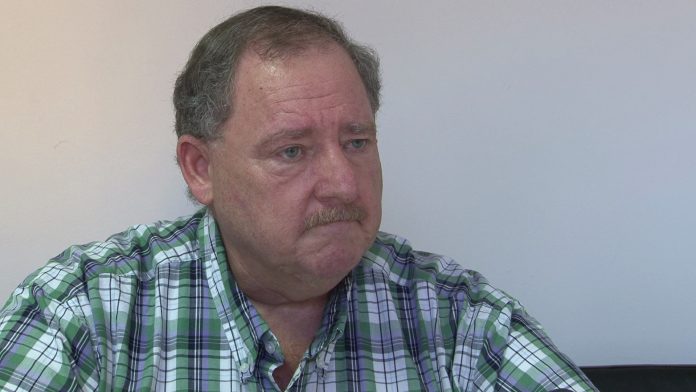 Deacon Steve Martinez was the former sexual abuse response coordinator for the Archdiocese of Agana.

Guam – In light of the recent controversy regarding Father Luis Camacho who’s now in Qatar, we sat down with Deacon Steve Martinez, the former sex abuse response coordinator for the Archdiocese of Agana, to get his thoughts on the situation.

It was just about a year ago when Father Luis Camacho was arrested by police and charged with custodial interference. He was accused of picking up a 17-year-old student without her parents’ or the school’s permission and then taking her to a secluded beach.

Although police never charged Father Luis with sexual misconduct because the minor was of the age of consent, allegations surfaced that Father Luis and the student did engage in sexual contact. Deacon Steve Martinez was the former sex abuse response coordinator for the Archdiocese of Agana.

“If they’ve been conducting their investigation based on solely custodial interference, it’s a dog chasing its tail going in the wrong direction,” says Deacon Steve.

The Archdiocese of Agana launched a canonical investigation as Father Luis resigned as priest of the Merizo and Umatac churches. Then a year went by and no one had heard from him. He seemed to disappear–until recently when he popped up at a church in Qatar scheduled to host a youth retreat at the end of this month.

PNC: “Do you think it’s appropriate for someone like him to be in the position he is in now?”

Deacon Steve: “It’s really not a matter of my own personal opinion, it is the church guidelines that we should be following. The church says that while an individual is under investigation and if it appears to be credible, they should be removed form ministry.”

In response to the Catholic outcry over Father Luis’ sudden position in Qatar, the Archdiocese yesterday issued a statement saying Father Luis is still a priest of the Archdiocese of Agana. The statement notes that the investigation is still ongoing, however, it also says that Archbishop Anthony Apuron applied precautionary measures and asked Father Luis to resign last year. The statement, issued by Archdiocese Spokesperson Father Adrian Cristobal, also notes that Father Luis was never accused of sexual misconduct. However, Deacon Steve points out that a formal complaint was filed with the Archbishop with the allegations of sexual abuse.

“So the archbishop required his removal as pastor. If the investigation is still ongoing, the question is why has it taken 13 months to determine and how can you conduct an investigation when the accused is half a world away,” he points out.

Some in the community have come to Father Luis’ defense, pointing out that because the minor was 17 and the age of consent, no crime was committed.

“But church law is completely different and very clear. According to the sex abuse policy, any sexual contact with a child is sexual abuse,” says Deacon Steve.

Deacon Steve: “Yes and it’s very clearly spelled out that the age of a child is under 18. There’s no exemption for age of consent ot anything like that. So the fact that the government chose not to follow its track is, that’s their decision to make but the church is bound to follow its own requirements.”

Deacon Steve also points out that even if the student were already 18 years old, because she was a parishioner of Father Luis’ church and an altar server, Father Luis was in a position of trust and therefore any sexual contact would still be considered sexual exploitation, which has the same consequences and punishment as sexual abuse in the church’s policy.

“But more important than that, how about harm to children that this is happening to? And to push a priest from one to another is like saying Guam doesn’t have room for another murderer so let’s give them a one way ticket to Hawaii and then we don’t have to worry about him,” he says. “It’s pretty egregious.”