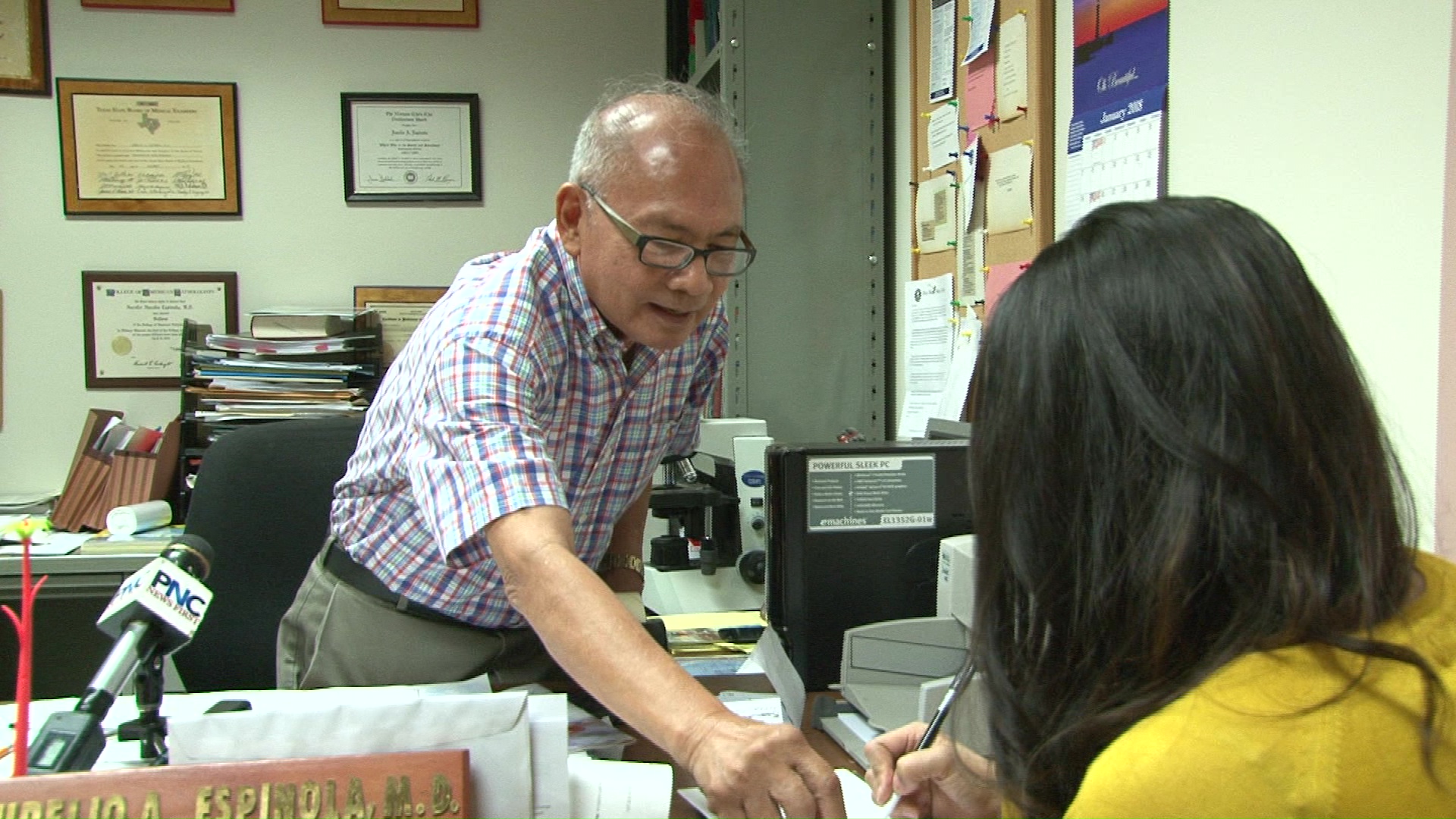 More questions than answers remain in the death of a detainee at Hagatna Lockup last week.

Guam – In the ongoing investigation surrounding the death of a detainee at Hagatna Lockup last week, there seem to be more questions than answers so we sat down with Medical Examiner Dr. Aurelio Espinola today and based on our interview, we found the answers may rest with the agency responsible for ensuring prisoners don’t end up dead.

PNC: “So the police told you there was blood. Did they say who cleaned it up or how it was cleaned up?

“No. They don’t know who cleaned it, otherwise they will tell me,” responded Dr. Espinola.

When Dr. Espinola first observed the body of a prisoner inside Hagatna Lockup last Friday, he assumed the detainee, now identified as Manson Ernest, 33, died of natural causes.

This is often the case, he notes, as he’s performed other autopsies of prisoners and the causes of death tend to relate to suicide attempts via overdose or by hanging. In addition to this, Ernest’s cell was clean and he was lying on top of a futon by the door of the cell.

But when Dr. Espinola performed the autopsy, he made a gruesome discovery.

“Number one, the heart was compressed, the lungs were perforated and there [was] blood in the chest cavity,” Dr. Espinola found.

It’s definitely not the autopsy of an individual who died of natural causes. Therefore, Dr. Espinola ruled Ernest’s death a homicide. Present at the autopsy were two Guam Police Department officers and a representative from the Attorney General’s Office.

It wasn’t until the autopsy was complete that GPD finally provided the medical examiner with more details of the apparent attack. But even with that information, Dr. Espinola said the details didn’t seem to add up.

PNC : “Why do you think their story might not be the same as what the autopsy shows? Does that happen a lot?”

“No. This is the first time that this happened,” Dr. Espinola told us.

One of those puzzling details was in the number of attackers the police claim they learned about.

“No. They told me the story. They did not say they think, they told me he [had] a quarrel with two people. I said maybe these two people just boxed with him, they did not injure him so much,” noted Espinola.

PNC: “Do you think it would have been more than two people that would have attacked him, based on his injuries?”

In fact the attack was so severe that Ernest would not have survived even if he was taken to the hospital.

“Even if it happened in the operating room, they cannot save him.”

PNC: “So whomever did this wanted him dead.”

So who would have wanted Ernest dead? That is what GPD says they are trying to figure out. But for now, other burning questions remain. Why was the victim’s jail cell spotless, without a single trace of blood? Why was he in a fresh change of clothes? And, another puzzling detail not revealed before, why was Ernest on top a futon near the door of the cell?

Dr. Espinola explains that Ernest was lying down on top of a futon near the door of the jail cell and not on the futon that was assigned to Ernest. This discovery further adds to the theory that the victim was cleaned up and moved before the medical examiner arrived.

As for the fresh change of clothes, Dr. Espinola says GPD was told that a fresh set was necessary because he was found with fecal matter and the smell was becoming unbearable.

“My thinking is that they should not do that even if it’s full of fecal material they have to leave it like that,” said Espinola, referring to the fact that Ernest’s clothes containing fecal matter were removed. Espinola added that GPD was also searching for that set of clothes since it could contain evidence.

While Dr. Espinola got this information from GPD, he says it was information GPD had learned about after the fact.

PNC: “So this would have been done before you or even GPD arrived?

PNC: “And the only people who would have access obviously would be DOC.”

At the time of his incarceration and subsequent death, Ernest was facing charges of home invasion and criminal sexual conduct on allegations that he raped a victim with down syndrome.