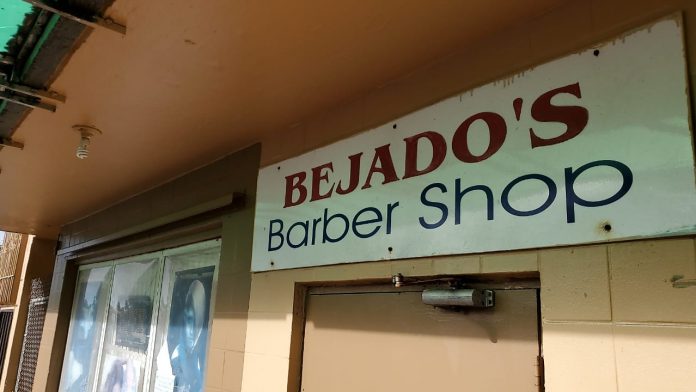 Guam police are looking for a man who they say struck a 61-year-old woman on the head during a robbery in Dededo Thanksgiving morning.

It happened inside Bejado’s barbershop on Loreta street shortly before 10 a.m. yesterday morning.

GPD spokesman Sgt. Paul Tapao says the woman was apparently approached from behind when she was struck on the head.

She was taken to Guam Regional Medical City hospital for treatment. Neither her identity nor her condition have been released.

The suspect is only described as a heavy-set man with dark complexion, black curly hair, and about 5-feet 8-inches tall.

He was seen fleeing the scene on a mountain bike with the woman’s hand-bag.

Anyone with information about this crime is asked to call the Guam police dispatch line at 472-8911  or call Guam crime stoppers at 477-HELP.