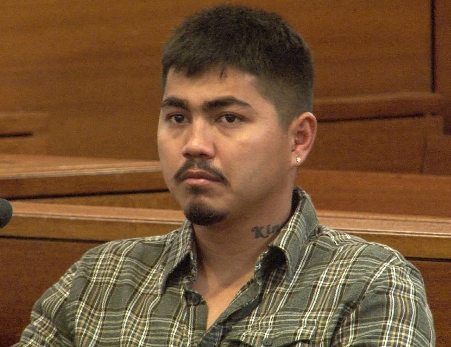 Closing arguments will be made Thursday. The case will then be turned over to the jury for deliberations.

Guam – The defense has rested its case in the Linda’s riot trial, where only one out of four defendants remained to be tried before a jury.

After Enricky Duenas, Christian Medina, and Jovin Santos entered plea deals with the Attorney General’s Office, only Liberty Concepcion was left to stand trial for his alleged involvement in a riot that broke out at Linda’s Coffee Shop last October.

Defense Attorney David Lujan said Concepcion will not be testifying, and claims that he only acted in self-defense after Jaycee White started the fight. White was implicated in the death of body boarder Brian Cruz, who was found unconscious inside of a parked car during the riot at Linda’s. White is separately being tried in Cruz’s death. Two others were also involved in Cruz’s assault — Alfredo Castro, who faces charges of kidnapping, assault, and hindering apprehension, and Richard Ragadio, who has since pleaded guilty to hindering apprehension, and testified in the Linda’s riot trial as well.