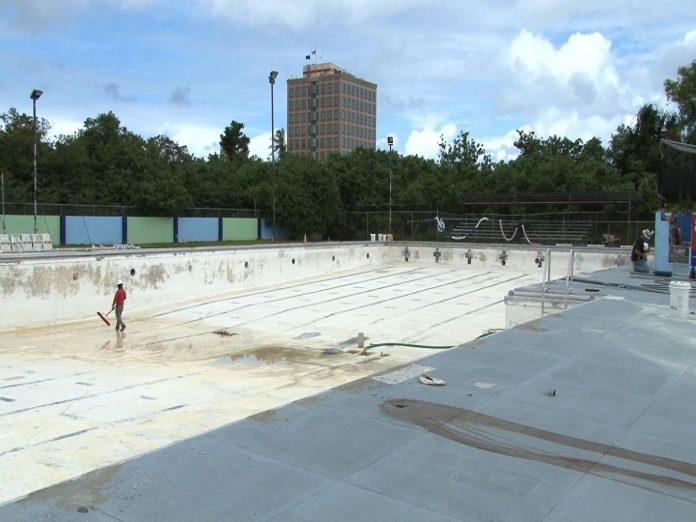 The Hagatna Pool was closed last September to complete some renovations. At the time, the administration said it would only take a few weeks to complete the repairs.

Guam – You might be wondering when the Hagatna Pool will reopen. The pool had to shut down last September for some renovations and repairs.

Department of Parks and Recreation Director Robert Lizama tells PNC that there have been some delays in reopening the island’s only public Olympic sized pools.

But he says they’re hoping the pool will be ready for use before the end of April this year.

Lizama explains that when he first came in to Parks & Rec in October last year, the agency lacked funds to conduct some additional repairs that were needed. Lizama says he was eventually able to dig up some funds and an RFP was put out to bid.

The contract, he says, was awarded late last month which means the contractor will have 90 days to complete the renovations.

In the meantime, he says, residents are encouraged to use the northern pool, which has extended hours in light of the Hagatna pool closure.