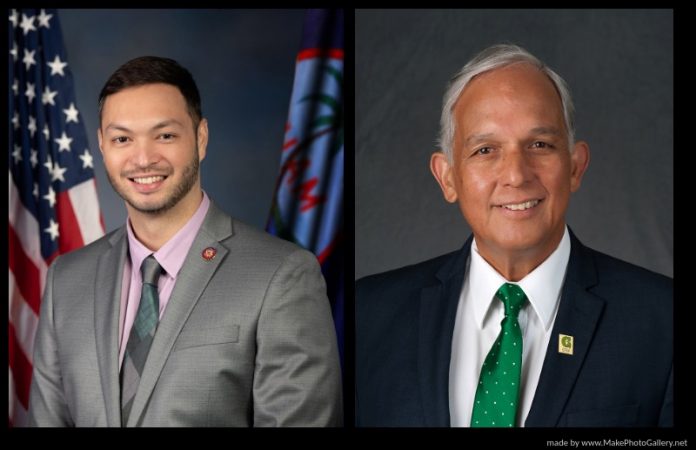 With no winner declared in the Congressional race on Guam, the island is now heading to an unprecedented runoff election on November 17th.

And to make matters hairier, one of the contestants has asked the other to bow out.

The GEC board declared the runoff when the final ballots came in around 7:30 am this morning.

In the final count, incumbent Guam Delegate Michael San Nicolas had the most votes at 13,000 followed by Dr. Robert Underwood at 9,300. Republican candidate Wil Castro came in last with 5,942 nods.

However, unlike other elected seats on Guam, the Delegate seat must win a true majority, which is 50% +1. San Nicolas only got around 46% of the total votes.

Typically, the primary elections would ensure only two candidates face-off in the congressional race during the general. But since the primaries were cancelled because of COVID, this made it very difficult for any one candidate in a 3-way race to secure that high a portion of the vote.

What is a particular anomaly in this scenario is that the runoff is between two Democrats. Typically, it would be opposing parties.

And to add to what has already been one of the most unprecedented elections of all time, San Nicolas sent out a release to media early Wednesday afternoon asking Underwood to bow out of the race.

The current delegate wrote: “I would like to extend a sincere olive branch to Congressman Underwood, and appeal to his humanity to consider a gentleman’s withdrawal from a runoff election. It is not against the law for him to withdraw, and it is the right thing to do for our people.”

San Nicolas goes on to reference the medical and financial strains on the island because of COVID-19, saying that this is a time to put people before politics.

Dr. Underwood certainly didn’t take the statement lightly, saying that he and Wil Castro’s votes combined are some 54% of the total.

“He should learn how to honor the voice of the people. The people spoke – you cannot take democracy so lightly that you simply decide you’re going to ignore 15,000 voters just because it may be inconvenient for you. This is yet another example in official [San Nicolas] behavior which maybe leaves people scratching their heads. But at the end of the day, the democratic process needs to honored, that’s why we have it,” Underwood said.

Underwood also shot back at San Nicolas saying it’s a gentleman’s withdrawal: “As is his practice, this gentleman’s agreement was posted through Facebook…normally gentlemen approach other gentlemen in order to make a request or offer a suggestion.”

As he did this entire election season, Underwood is still calling for San Nicolas to show up to a debate, saying it’s crucial for people to really know who they’re voting for and what they stand for.

Wil Castro, meantime, issued a statement to PNC News thanking voters, his challengers, and his family for his run.

“I am most proud of how we conducted ourselves during this campaign. We maintained a high level of respect for all persons, worked hard, and carried ourselves in a dignified manner.”

He wrote, “As for the runoff, I have the privilege of considering both candidates as a voter and not as a challenger. I will make a final decision on who to vote for, or openly support, based on the strengths and value they bring to the position.”

The GEC says the runoff election will be a little simpler than the general with only two names on the ballot. However, it will still be a full production, with all precincts open and counting headquarters at UOG set up that night.