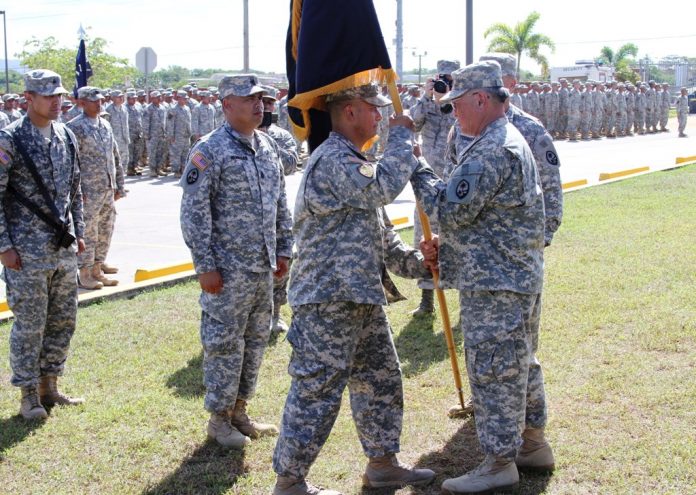 “My biggest feeling today is how humbled I am to be serving with these fine Soldiers who left their families on numerous occasions and numerous deployments,” Delfin said. “Our main priority is something called Reset. This is to get Soldiers and equipment ready in the event we get called again by our president and governor.”

Delfin relinquishes his latest command of Recruiting and Retention. He served as 294th executive officer before Tougher’s leadership and before the battalion’s OEF mission.

Tougher will soon head to the U.S. Army War College, reporting to the Stanford University Hoover Institution as a National Security Affairs Fellow. In his somber farewell speech to troops he commanded for three years, Tougher thanked several Soldiers who directly supported his leadership, but voiced significant appreciation to his spouse, Wendy, for her support and contribution.

“I can name so many people that I am indebted as a leader. I send a special thank you to all who have contributed their time and efforts to enhance our organization,” Tougher said. “I’m deeply grateful to my wife. I would probably be …. wasting days at home if she did not give me the purpose, motivation and direction to see beyond my small world.” 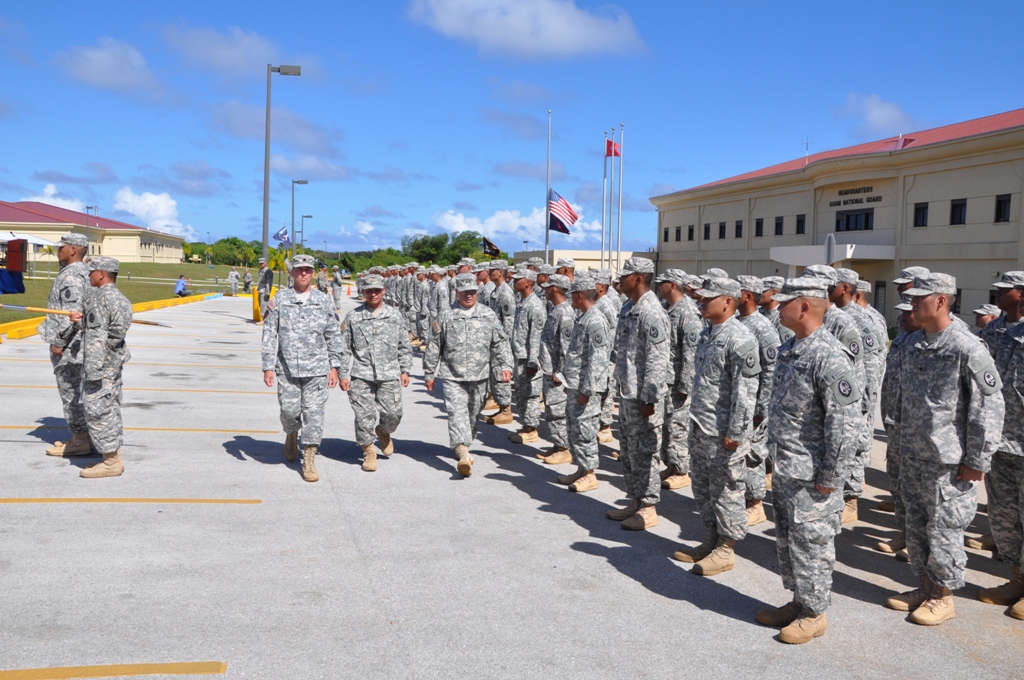 Tougher was awarded the Meritorious Service Medal for his tenure as battalion commander starting July 10, 2011. In his reign, he led the battalion to two annual trainings at Camp Roberts, Calif., for OEF train up. His leadership was challenged when the battalion dispersed into 15 locations in Afghanistan, yet successfully accomplished more than 12,000 missions and trekked above 105,000 miles through tough, dangerous roads.

Tougher’s military career began in 1986 when he enlisted in the Guam Guard as an aircraft armament technician. He sought a career as an officer and in 1991, Tougher graduated from Officer Candidate School. He later accepted his commission as a second lieutenant in the 294th, starting as a platoon leader.

Delfin accepts the challenge as the battalion’s new leader but knows he has a tough road ahead.

“I’m confident (to lead the battalion), but I am humbled. I’m extremely confident because we have great Soldiers. I guide the ship, but if you don’t have a strong engine … you can have the best leadership in the world but it doesn’t matter. We have such a great group of Soldiers, competent noncommissioned officers, and extremely competent officers. I’m confident this battalion will go to another level.” 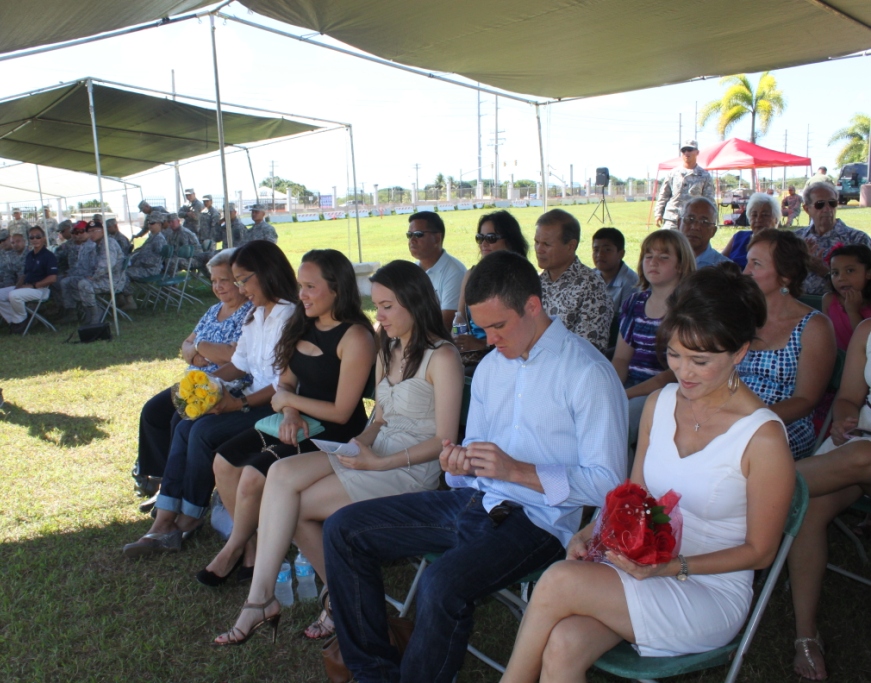