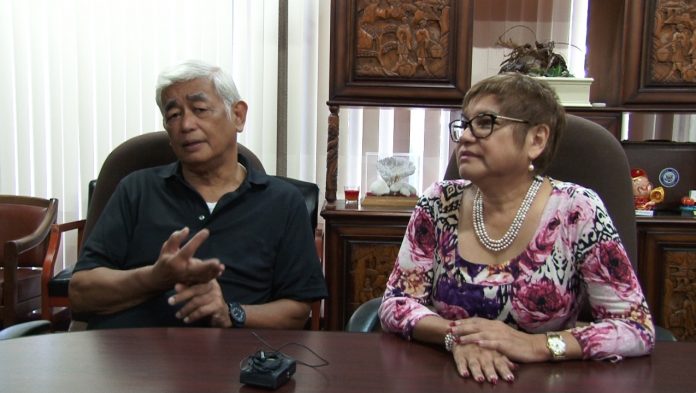 She says the party will send out individuals to your home and take your vote for Sanders or Clinton.

Guam – This Saturday, democrats from around Guam will gather for the democratic caucus to determine how many of Guam’s 12 delegate votes will go towards Secretary of State Hilary Clinton or Senator Bernie Sanders.

The 12 chosen delegates will represent Guam’s vote at the democratic national convention on July 25. The caucus will take place on May 7 beginning at 10 a.m. until 8 p.m. Speaker Judi Won pat is asking for all democrats to take advantage and register to vote at the caucus. Won pat says they are offering same-day registration and curbside registration and voting. The Guam delegation will consist of 6 males and 6 females. Joaquin Perez, Democratic Party chairman tells PNC that the process to choose these delegates is complex. Guam’s delegation must be representative of the community as whole.

“We have diversity factors, that have to be followed, one is ethnic background, the other one is LGBT and other one is disabilities, all of those factors have to be taken into consideration,” said Perez.

Won pat says if you are homebound and wish to vote you can call 483-8478 or 977-1117. She says the party will send out individuals to your home and take your vote for Sanders or Clinton.