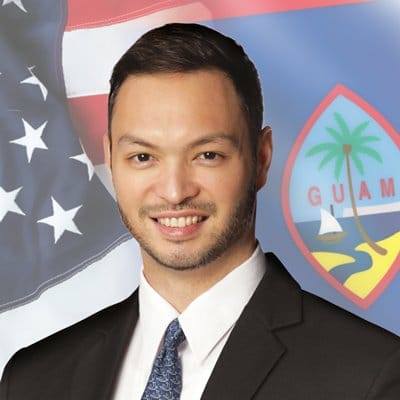 A Central Executive Committeeman is calling for the expulsion of Congressional candidate and sitting Senator Michael F.Q. San Nicolas from the Democratic Party of Guam for the second time in as many years. Whether the motion will resonate with enough CEC members and primary voters to make a difference is anybody’s guess. But, as you’ll learn in this PNC exclusive, the stakes for San Nicolas could be much higher this time around.

Guam – Democratic candidates swore to unity of party before division of politics at Adelup’s Latte of Freedom, just in back of the Governor’s Office early Monday afternoon. But local senator and Democratic Congressional hopeful Mike San Nicolas was noticeably absent from the proceedings.

The pledge comes during the week leading up to the Saturday primary election that will decide which candidates advance to the general, including two contenders for Guam’s only delegate’s seat. San Nicolas is incumbent Congresswoman Madeleine Bordallo’s sole opponent for the island’s lone nonvoting delegate’s seat in the Capitol’s lower house.

“We have excellent candidates in both parties, and some not so excellent,” San Nicolas texted PNC News on Monday afternoon. “It is irresponsible to pledge support to a group just because they are the same party. We should be encouraging the people to support rational candidates, regardless of party affiliation.”

PNC asked Bordallo how she felt about her opponent’s stance. “Well, you know, politics is politics, and normally you belong to the club. And it’s always been that way,” she said.

But this is not the first time San Nicolas has refused to sign the pledge, and if Central Executive Committeeman Joaquin “Kin” Perez has his way, it could be his last.

“Well, the last time was at the Jefferson Jackson Dinner [2016], and that one was a little bit more—for me—emotional, because he did it in front of the entire party membership,” Perez said. “And that he didn’t show up today [Monday], it just confirmed my primary thoughts that he’s not a Democrat.”

In 2016, Perez asked the CEC to convene a subcommittee to investigate the Jefferson Jackson Day Dinner matter and pushed for San Nicolas’s expulsion from the party. But Perez believes the party leadership was then too stunned to do anything about it, because apparently no Democratic candidate had ever opted out of the pledge before. This time, Perez is hoping his CEC colleagues are over their shock.

PEREZ: “I’m going to discuss this with the incumbent chair…”

PNC: “Can you divulge what next steps you’re willing to take?”

PEREZ: “I’m a member of the CEC, and I’m going to ask for her to convene an expulsion committee.”

A tradition maligned, or a precept propounded?

Neither the location of Monday’s oath, nor San Nicolas’s dramatic no-show could be more symbolic. To the reflective Democrat, it might occur that a rejection of the pledge on such hallowed grounds is a rejection of the blood, sweat, and tears that party forebears have worked so hard to build physically, emotionally, and politically over succeeding generations. The giant Chamorro pillar outside the social hall where the pledge was administered and signed by a roomful of candidates is the culmination of a dream. Standing for cultural strength and unity itself, the Latte of Freedom was the vision of the congresswoman’s late husband, Ricky Bordallo, two-term Democratic governor of Guam.

And it was the congresswoman who led the charge to make the dream a reality on the Adelup grounds of the Ricardo J. Bordallo Governor’s Complex several years ago. So, one could say that the Latte of Freedom is also a towering monolith of hope for the return of a Democratic administration to Adelup, after 16 uninterrupted years of Republican gubernatorial leadership. By extension—the Latte is also a philosophical link to a long continuum of Democratic primacy in Congress, as well as a reminder of the way things have always been done in the party.

Returning to the subject of San Nicolas’s rejection of the pledge, Perez remained disappointed.

But despite his family’s rich legacy of political leadership, San Nicolas has always prided himself on an axiom built less on ‘party before politics’ and more on ‘principal before party’, through his grassroots ‘Responsible Guam’ movement. And even though this is the second time he has declined the party pledge, doing so hasn’t prevented him from winning successive political office. If nothing else, Michael San Nicolas remains consistent.

While Perez said it would be difficult to impossible to remove San Nicolas from the primary ballot at this late  stage, the local committeeman tells PNC he aims to inform the Guam Election Commission that San Nicolas can no longer run under the Democratic banner. And given that the island is on the cusp of deciding which Democrat to send to Congress, the Democratic National Committee would be the first group informed of San Nicolas’s lacking membership standing.