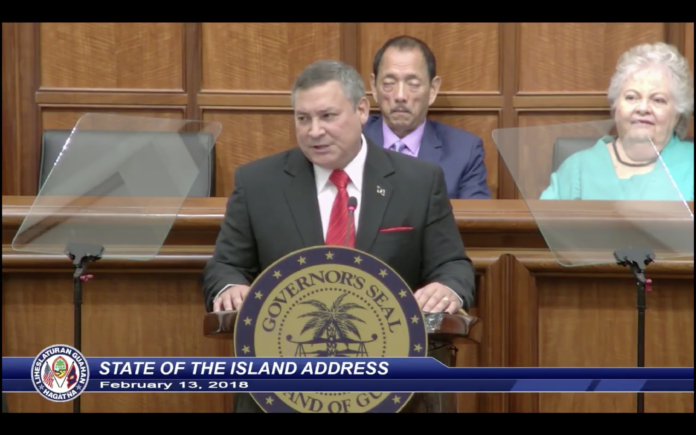 Guam – During his final State of The Island Address last night(Tues) Governor Eddie Calvo said the state of the island was strong but to continue on this path some really tough decisions would have to be made. The governor was referring to the $67 million-dollar shortfall GovGuam is currently facing as a result of the Trump tax cuts. To make up for this shortfall GovGuam will have to cut where it can and raise the taxes it can.

The Democratic Party of Guam issued a statement in response to the state of the island address saying “The true state of our island under the Calvo/Tenorio administration is uncertain at best. The past seven years have shown that Adelup is lacking in leadership and is disconnected from reality. Our future generations cannot afford a continuation of the Calvo/Tenorio administration. But help is on the way.” The Democratic party sent a follow-up statement to their first statement saying that it is offering a slate of candidates who stand ready to lead democratic solutions,” especially at Adelup.” The Democrats add that despite facing difficult choices ahead “anything wrong with our government can be fixed by what is right with Guam.”

Meanwhile the Republican Party of Guam responded calling it an “Amazing final speech for Governor Calvo.” They said he perfectly outlined the many accomplishments of the Calvo Tenorio administration but what was disappointing was “the statement of negativity sent out by the Democratic Party of Guam as a reaction to Governor’s Calvo’s State of the Island Address before he even spoke a single word.”